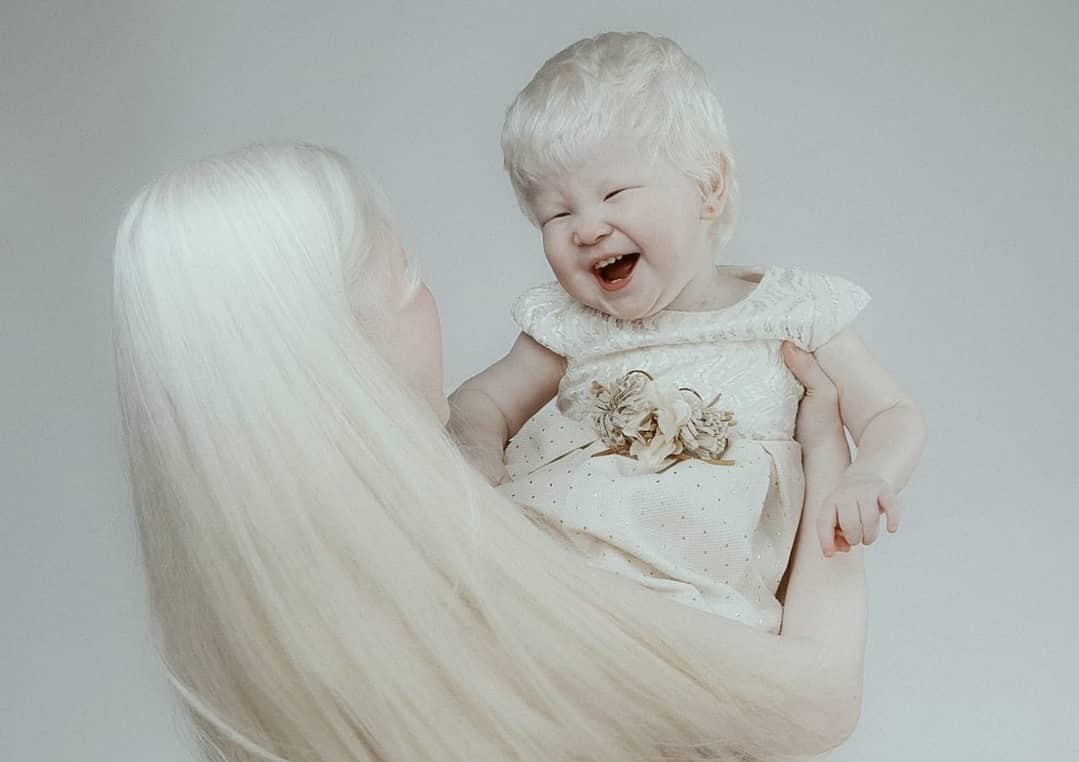 Two sisters from Kazakhstan have become Insta-famous for their unique colouring – instead of the dark features and tanned skin of their parents, they were both born with Albinism.

Fourteen-year-old Asel and her two-year-old sister Kamila share their extraordinary bond in a series of modelled photos on Asel’s Instagram account, where she has gathered over 40,000 followers. The girls have a brother, Aldiyar, who is eight, and has a more conventional Kazakh appearance. 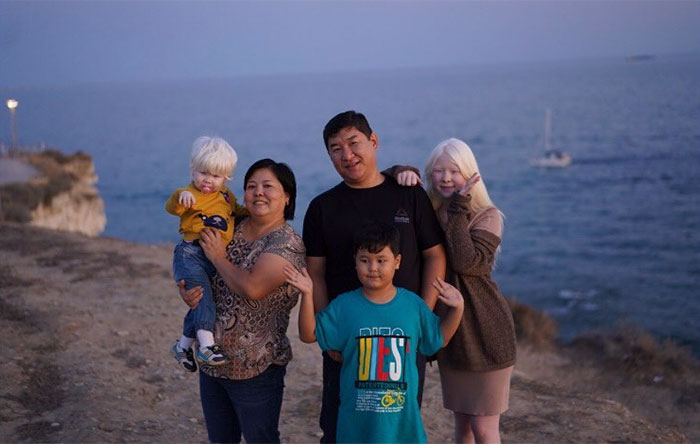 “People are surprised that we are albino,” said Asel. “Many people do not know what albinos are.”

“At the very beginning, everyone was shocked, surprised. I did not know what to do myself, how to live.” Eventually, the girls’ mother Aiman Sarkitov learned that some of her ancestors were albinos. 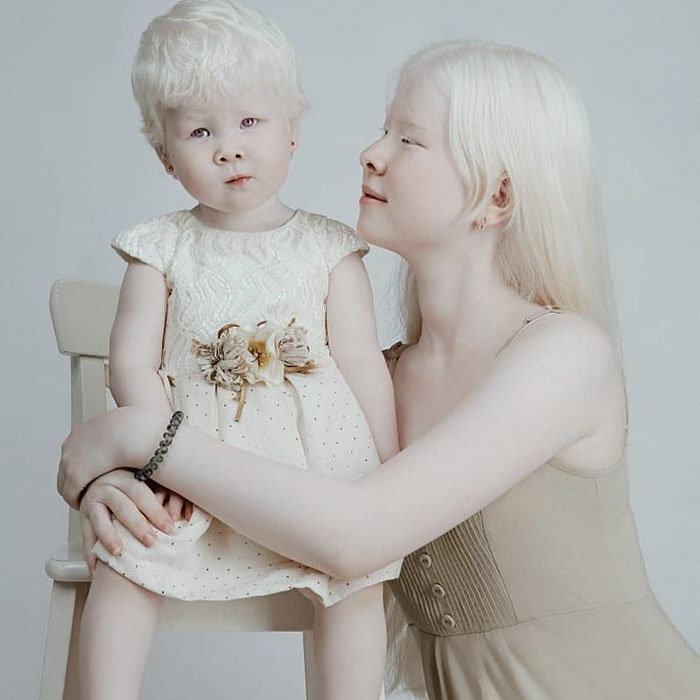 Most people with albinism have pale skin, eye conditions, and are sensitive to the sun. No cure exists, but skin and eye conditions can be treated. 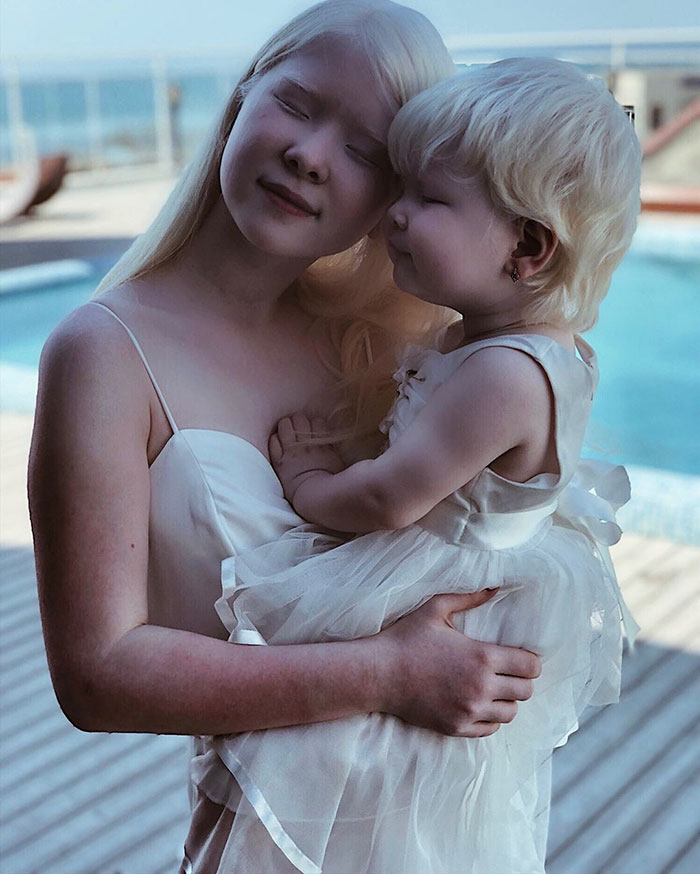 According to the National Organization for Albinism and Hypopigmentation, most people with albinism have fair complexions so it’s important that they avoid sun damage to the skin and eyes.

The girls know this and are taking precautions: “If I go outside in the afternoon, then I definitely apply sunscreen, put on clothes to protect my skin, headwear or use an umbrella,” Asel explained. “In the evening, when there is almost no sun, it’s much easier for me.” 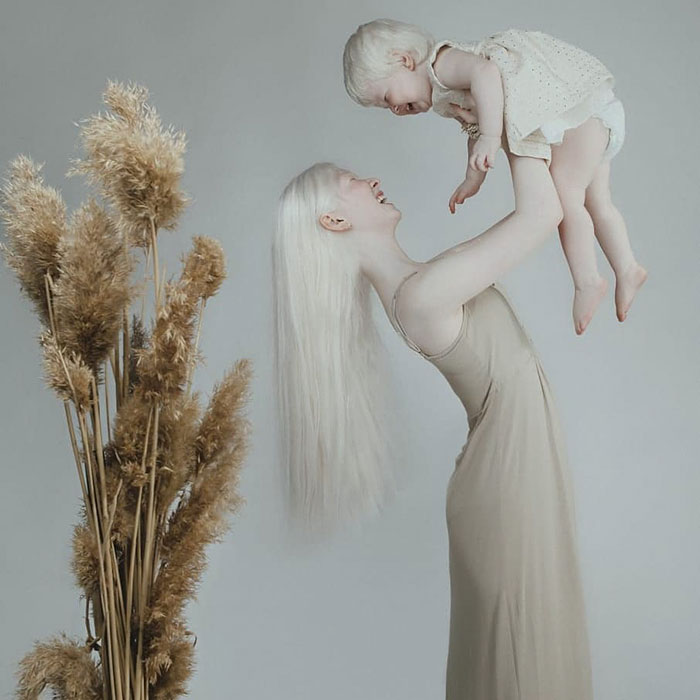 Shockingly, when she was younger, Asel attended a “special school for handicapped children” before later transferring to a regular school.

“She studies perfectly well,” her mum Aiman said. “Albinos do not differ much from other children, only their hair, eyelashes, eyes, and skin colour.”

“At first, it was difficult, of course, the children stared at her. Now she feels good, we do not limit her to anything.” 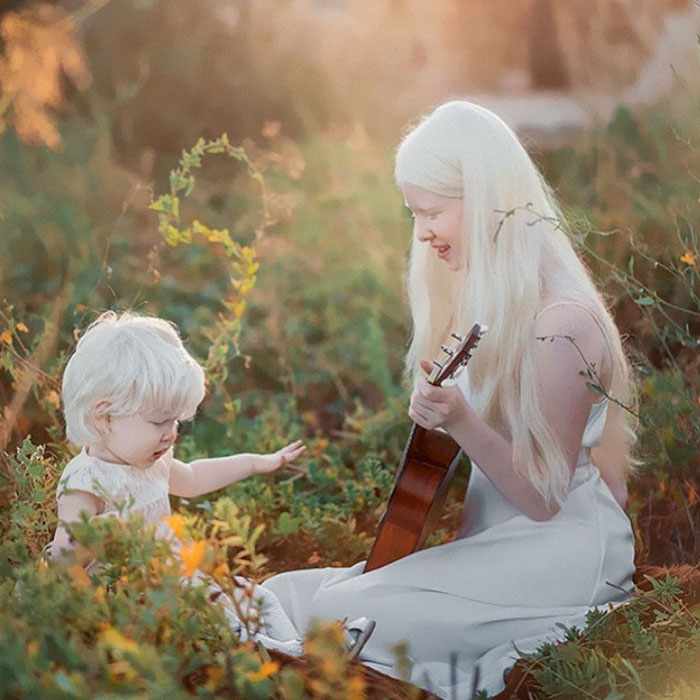 Aiman said that her son’s skin looks exactly like his father’s: “He is dark-skinned, a real Kazakh.”

Aldiyar didn’t have any questions about his older sister, but he started raising his eyebrows after the second one was born. “He began to say: ‘Mum, why are they like that? Why am I not like them, not like my sisters?’” 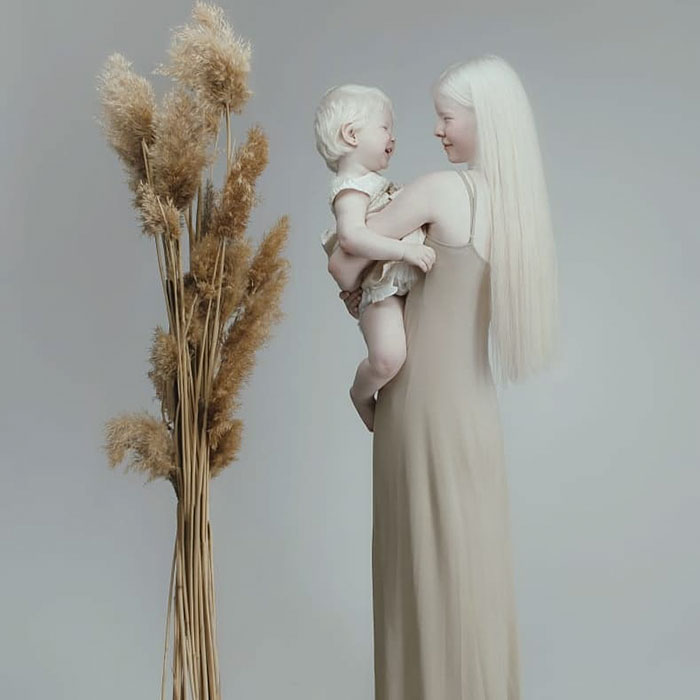 “He now realizes that people are looking at the girls, and even begins to boast, proudly telling people about his unique sisters.” 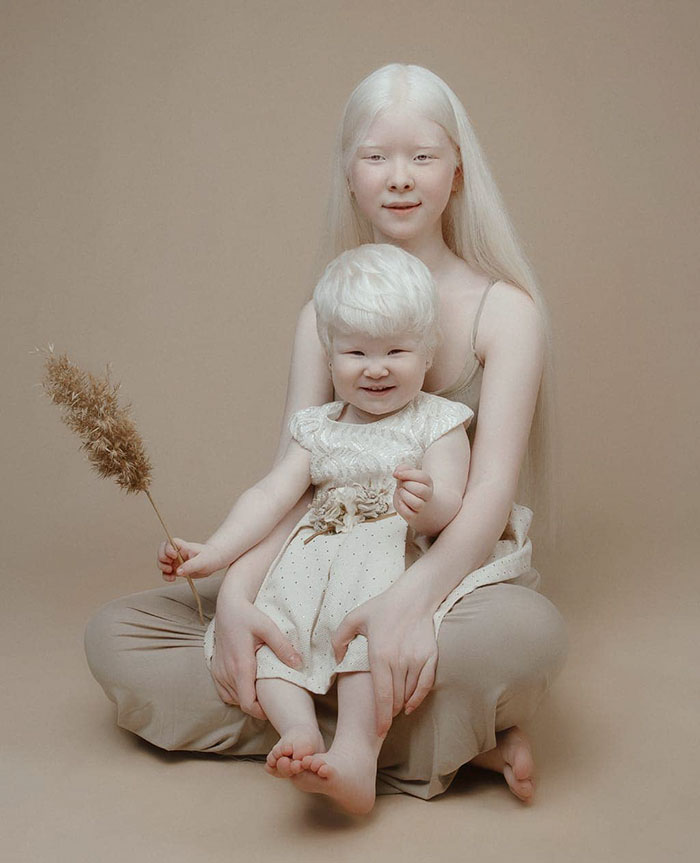 No doubt these gorgeous girls will be turning heads for the rest of their lives.