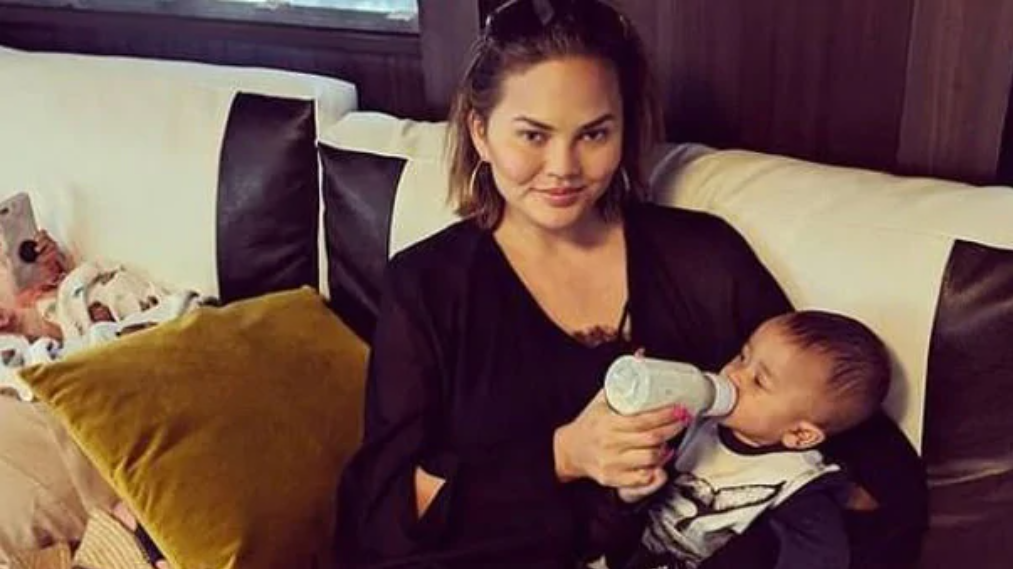 Chrissy Teigen has been incredibly candid about her motherhood journey, opening up about everything from fertility,  morning sickness, and postnatal depression to the heartbreaking recent loss of her third child, Jack, delivered prematurely at 20 weeks.

The 34-year-old mum has revealed in a thread of tweets that she felt “shame” and “guilt” when her body struggled to produce enough breast milk for her two children, daughter Luna, and son Miles.

ok I’m gonna say something and you all are definitely gonna make it a thing but here goes: normalize formula.

normalize breastfeeding is such a huge, wonderful thing. but I absolutely felt way more shame having to use formula because of lack of milk from depression and whatnot.

people have surrogates, people have trouble breastfeeding and all you hear as a new, anxious mom is how breast is best.

I remember pumping my ASS OFF, highest mode, so often, because I didn’t trust milk was going into their mouthes if I breastfed. it drove me mad to the point I could only get an ounce. an ounce!

the stress of it, combined with the guilt that you cannot do nature’s most natural thing for your own baby is too much. I dunno why this is my crusade now. I just remember the sadness I felt and want you to know you are doing it right if your baby is fed, mama.

As with much of what Teigen shares on social media, people had plenty to say.

A lot agreed with her, one writing that they felt demonised by the “tit nazis” in the maternity ward after opting to formula feed her baby. Others shared their own stories of feeling shame and guilt for not being able to produce enough milk to nurture their little ones.

Naturally, some disagreed and some took it too far, as is often the case with Teigen’s social media posts.

But one common theme ran through her replies:

Normalize fed. However that happens. Normalize support without judgement.

Yes. This is absolutely the message. Normalise fed and normalise support without judgement.