Celebrity Chef Curtis Stone has caused quite a stir by slamming parents who give into their fussy children’s eating habits.

He told the Herald Sun, “I think the problem is too many parents worry about their kids being hungry that they let their children dictate what they eat.”

The chef has two sons, Hudson 4, and Emerson, 1 with his American actress wife Lindsay Price.

Stone has suggested not to offer snacks to children between meals to encourage them to eat what’s given at meal times.

Does Curtis Stone have a point? Are we ‘indulging’ our children and giving into their fussy eating?

I know from my experience I have had one fussy eater and one daughter who will inhale whatever is placed in front of her.

The fussy eater started early at 9 months when she decided she wanted to feed herself. But all manner of vegetables were thrown to the floor or pushed away. Sometimes it was hard to get her to eat some cheese or an apple just so she’d have something on her tummy. 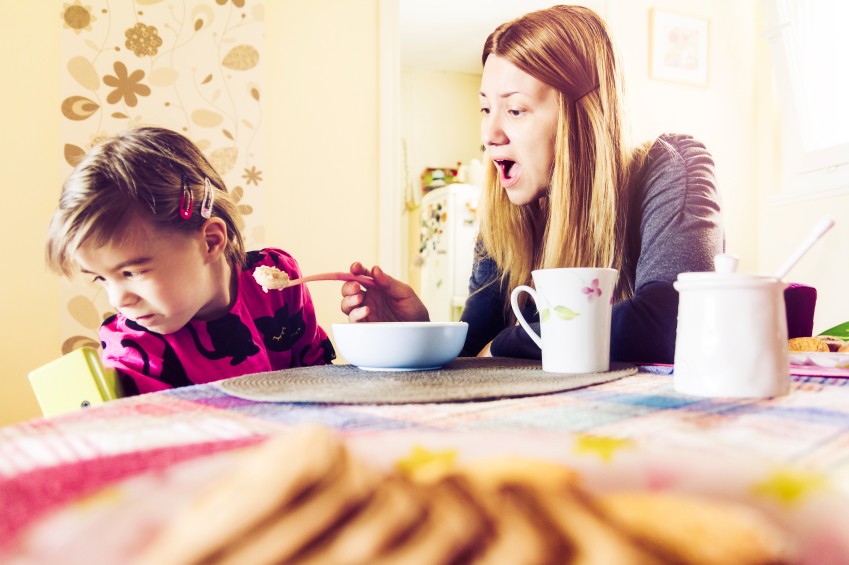 Each night I would give my daughter a smaller portion of the dinner we would eat and hope for the best. I threatened to keep the dinner for breakfast if she wouldn’t eat it for dinner. I followed through and… it still didn’t get eaten and to be honest, I wouldn’t have eaten it myself.

My fussy eater is now more adventurous with her food at age 5 and will eat all her dinner and most of what is packed for lunch when she goes to school. I’m not sure if she’s grown out of her fussiness or is more hungry now she goes to school.

But what if your child is on the spectrum and is adamant about the food they will or won’t eat? Forcing their child to eat what’s in front of them is the last battle parents need at dinner time.

Food shouldn’t become an issue or battle with kids. For some kids it’s important to give them food they will eat to put on much needed weight.

I take Curtis Stone’s comments with a grain of salt. I do my best to feed my kids meals that are healthy and will be eaten. I worry more about celebrities giving their opinion on how parents should parent their children. Unless we know each family situation, we can’t judge or make comment.

What do you think? Does Curtis Stone have a point? Do you have a fussy eater in your household?