Emily Symons, who plays Marilyn on Home and Away, was all smiles while filming the show after announcing last week that she was going to be a first time mother at the age of 45. 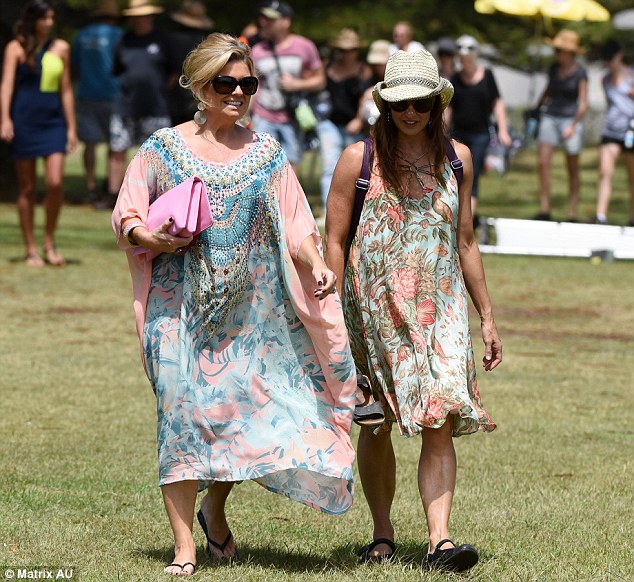 Emily Symons and Georgie Parker filming scenes for Home and Away

She was photographed filming scenes with her on and off screen friend Georgie Parker, who plays Roo Stewart on the show. She had her typical Marilyn coiffed hairdo and large shades and was wearing a beautiful pastel coloured kaftan, which showed off the start of a cute baby bump!

One thought on “Home and Away star Emily Symons all smiles filming Home and Away after announcing pregnancy.”