Michael Phelps and his fiance Nicole Johnson have welcomed their first child Boomer into the world. They shared the happy news with a beautiful black and white photo on Instagram.

The bub was born on Thursday in Arizona, where Phelps has been training ahead of his return to the pool at the Rio Olympics.

In an interview last month, Phelps admit that the name had been decided although he didn’t reveal at the time what it was.

‘It’s something we both agreed on, thought it was different,’ he said. Asked what type of parent he would be, Phelps said: ‘I’ll probably be very protective. That’s how I am.’ 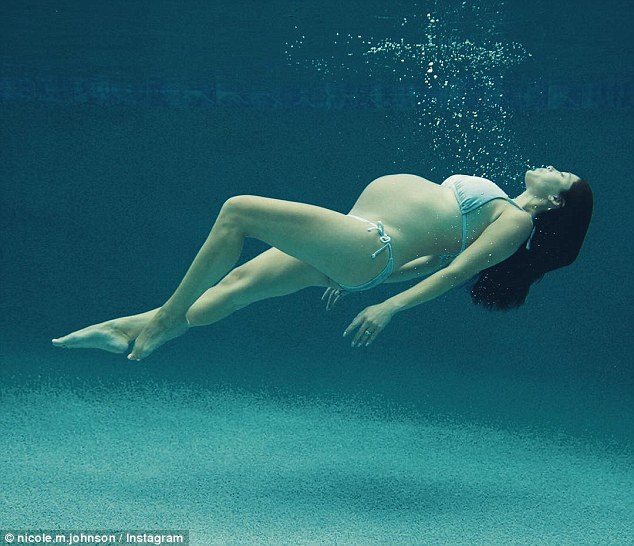 A photo of a pregnant Nicole

US athlete Phelps, 30, retired from swimming after the London 2012 games, where he won four golds and two silvers, before returning to competition in 2014. He is currently training to compete in his fifth Olympic Games in Rio de Janeiro in August.
Phelps and Johnson plan to get married once the games are over on August 21. They have been engaged since February last year and began dating in 2009.

Phelps credits Johnson for helping him through his struggle with alcohol dependency following his DUI arrest in 2014. Phelps said his drinking problem reached the point where he ‘didn’t want to see another day’ because of the effect it was having on his family.