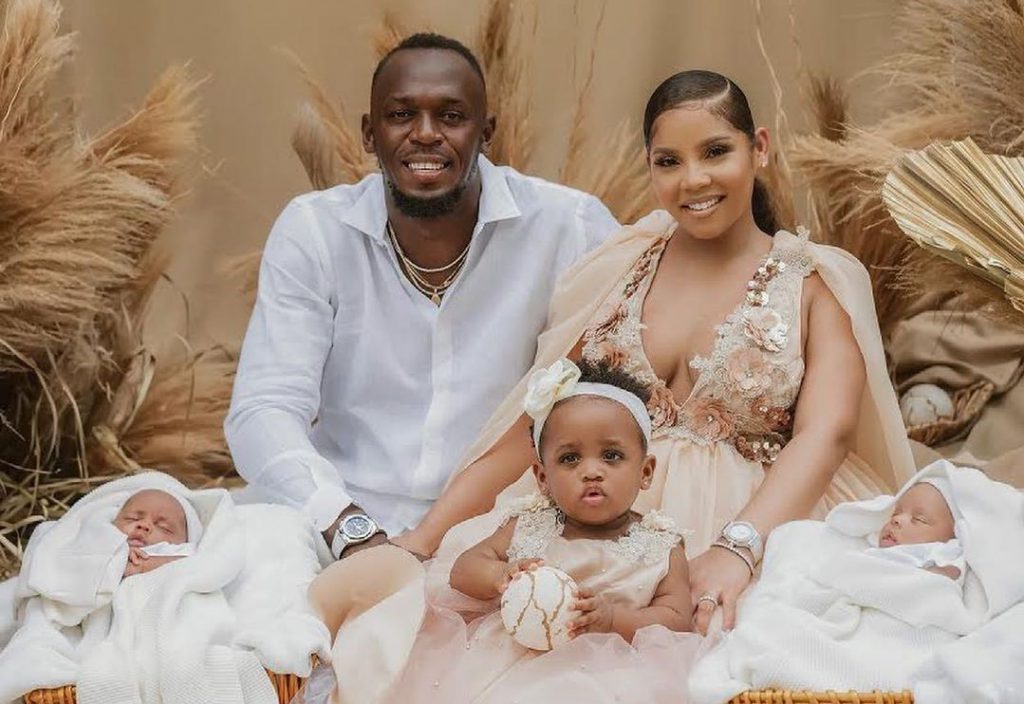 Olympic gold medallist and the fast man on earth Usain Bolt and his partner Kasi Bennett have announced the safe arrival of their twin boys, Thunder and Saint Leo.

The announcement came as a huge shock to many as they kept their pregnancy a big secret until spilling the beans on Father’s Day in the US on Sunday.

The 34-year-old Jamaican sprinter and his partner shared the news via social media with the sweetest pictures of his gorgeous young family.

But first, the couple released a stunning black and white clip which slowly revealed the huge surprise they had been secretly keeping!

Those names!! How simply wonderful.

It’s not often that a newborn baby is cooler than any of us will ever be, but it has happened multiple times over!

Little Thunder and Saint Leo join big sister Olympia Lightning, who was born in May 2020.

Before her birth, Bolt had kept followers updated on Bennett’s pregnancy on his social media. However, neither he nor Bennett had posted about her pregnancy with the twins.

Bolt retired from athletics in 2017 and still holds the 100m and 200m world records, making him the fastest man in history.

He is also the only man to have won three 100m Olympic titles and 23 major gold medals during his career.

Congratulations to Usain, Kasi, and little Olympia on the newest members of their beautiful family.