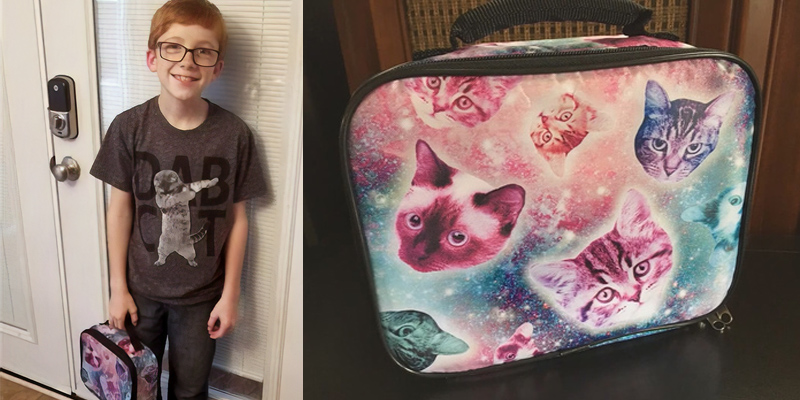 Kids really will pick on each other over the stupidest things. This is something that, while once being a kid myself, I have only really recognised as a parent of primary school aged children. This story completely proves that to be true — some children have been bullying another child over what his lunchbox looks like.

Ten-year-old Ryker was being teased about his lunchbox, of all things, and was getting to the stage where he didn’t want to take any lunch to school at all. His mum, Emily Fowler, told her cousin David Pendragon about the issues they faced and he decided to make a stand for his little nephew with a Facebook post that has since gone viral.

My cousin, Emily, has a 10 year old son named Ryker. Ryker, who loves cats, was very excited to get his new lunchbox. Unfortunately because of its colours, or because it has cats, or both he was teased about it by other boys in his class. He even wanted to stop taking his lunch so he wouldn’t be teased about it any longer.

I have decided, however, to stand with my little cousin and show him that a man can love whatever he wants and not be afraid to express that love.

So I have ordered the same lunchbox for myself and proudly carried it to work today at my large, conservative, corporate workplace. I’ve told anyone who asked the story behind my lunchbox and to a person, they all stand with Ryker too. 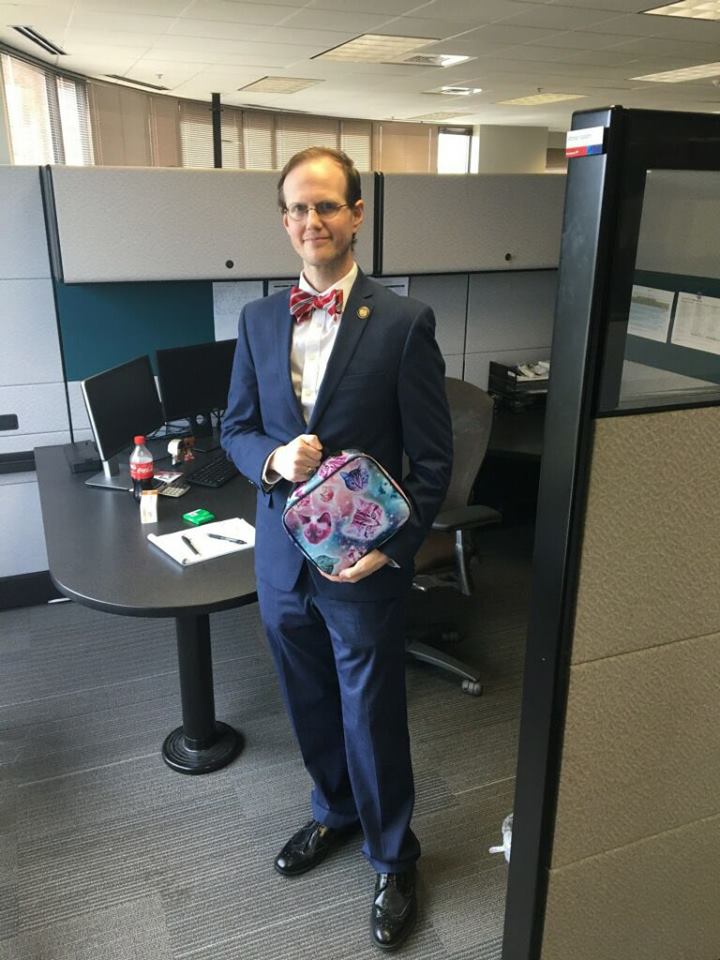 I love my new lunchbox and I hope Ryker and all the other boys out there can see that their passion and self-expression is never something to be ashamed of.

Before long, other people joined in David’s movement, sharing their own pictures of their Space Cat lunchbox and standing in solidarity with the boy with supportive comments. 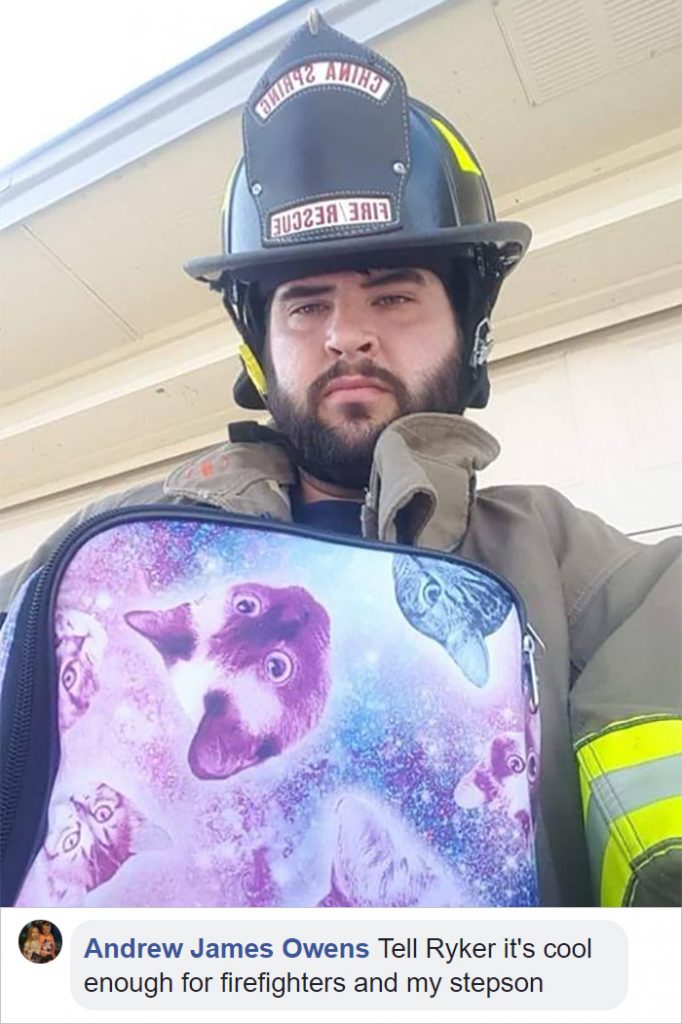 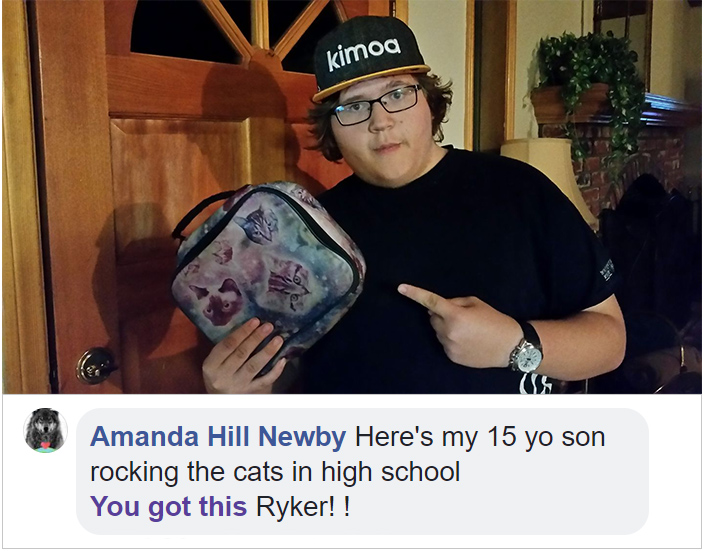 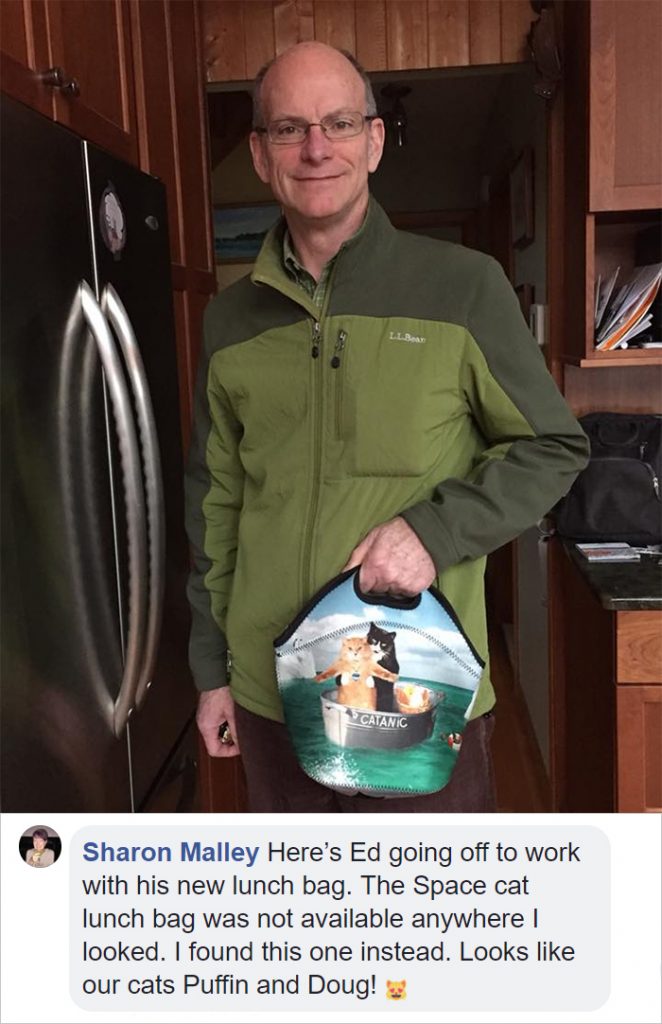 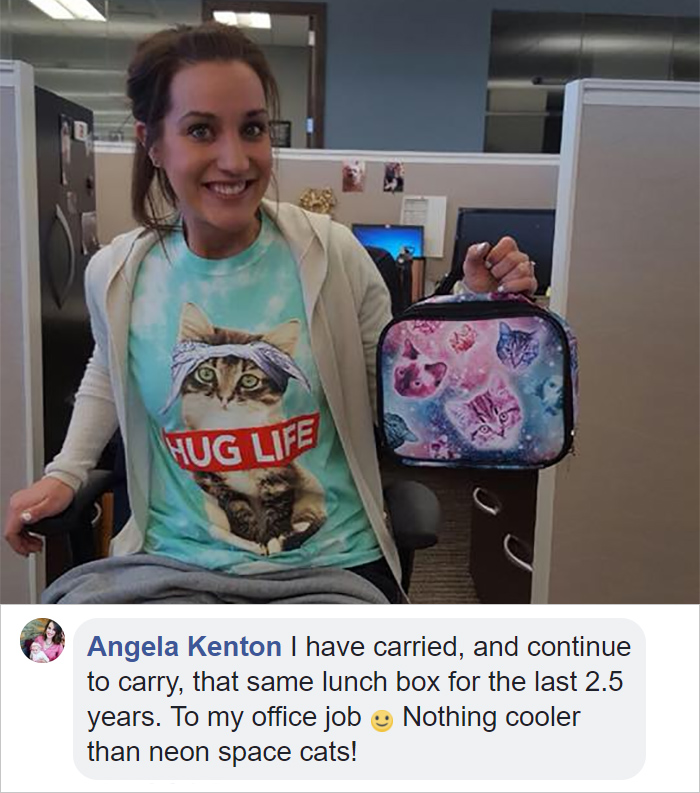 Amazon has since sold out of this awesome Space Cats lunch box. Twice.

How brilliant is that?