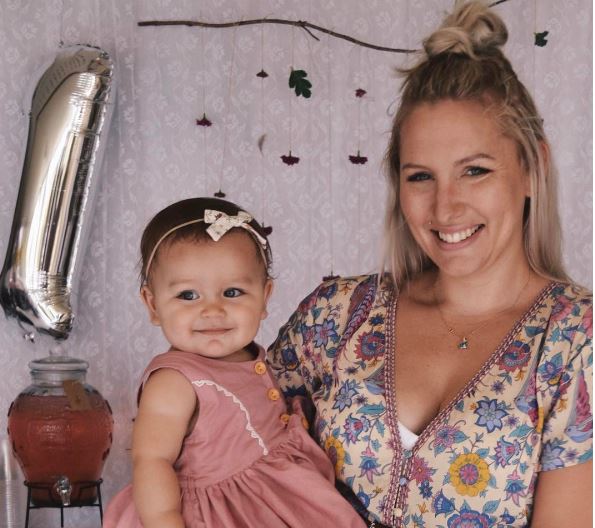 The kitchen is not the best place for children to hover around in, but as any juggling parent knows, kids linger where their parents go. And the kitchen is often the hub of the family home for food prep and meals.

One mum has shared a personal post how she nearly killed her daughter while prepping for dinner in her kitchen.

Bec Crombie, from the blog, That Mum Wife Travel Life Blog, wrote a post titled, “I almost killed her…”

The mum shared how her daughter, Nylah, grabbed the chopping board from the bench which caused a 20cm knife fall close to her daughter’s face.
Bec wrote:

“It was like any other regular afternoon of ours, which includes me in the kitchen prepping dinner with Nylah playing with cups and pots at my feet. I had peeled and chopped the potatoes, placing them in the pot and the knife back on the board, when I took one step to the left to remove the husk from the corn. As quickly as I had briefly stepped away, Nylah had stood up and grabbed the board from the bench. Which resulted in a 20-cm knife falling and narrowly missing stabbing her in the face.”

Nylah received no injuries, but mum was given a scare and burst into tears thinking of what could have happened.

The mum felt compelled to share her story, because accidents can happen in the blink of an eye, and we can often be quick to judge when we hear of a toddler being hurt or worse – killed, because of an accident that couldn’t be foreseen.

“I’ve copped so much sh*t in the past for being a helicopter parent, or one that is overly cautious,” she wrote. “Truth is, it can happen to you. They are labeled ‘accidents’ for a reason. They are purely accidental, freak occurrences. Children are determined, inquisitive, and lightning-speed escape artists. Children are so quick, and we can really never be too careful.”

It’s definitely a message all parents need to hear.