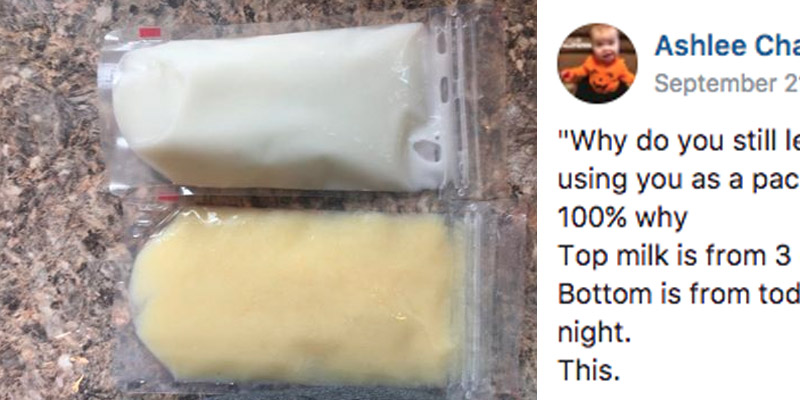 We all know that breastmilk is rather amazing stuff. Whether we end up breastfeeding or not, that’s something that we can all pretty much agree on.

A mum from Pennsylvania in the US has shared a picture of her breastmilk, proving its healing power when her baby was sick.

In the post, Ashlee Chase shared a picture of two bags of breast milk. The bag at the top of the photo is white; the other below it has a yellow tinge. In the caption, she made a serious case for breastfeeding, while addressing critics that have questioned her choice to breastfeed in the past.

“Why do you still let your 7month old nurse?” “she’s too old” “she’s just using you as a pacifier” “you need to put her in her own bed”

Top milk is from 3 days ago when a healthy Elliot was nursing.

Bottom is from today, after sick Elliot with a fever comfort nursed all night. 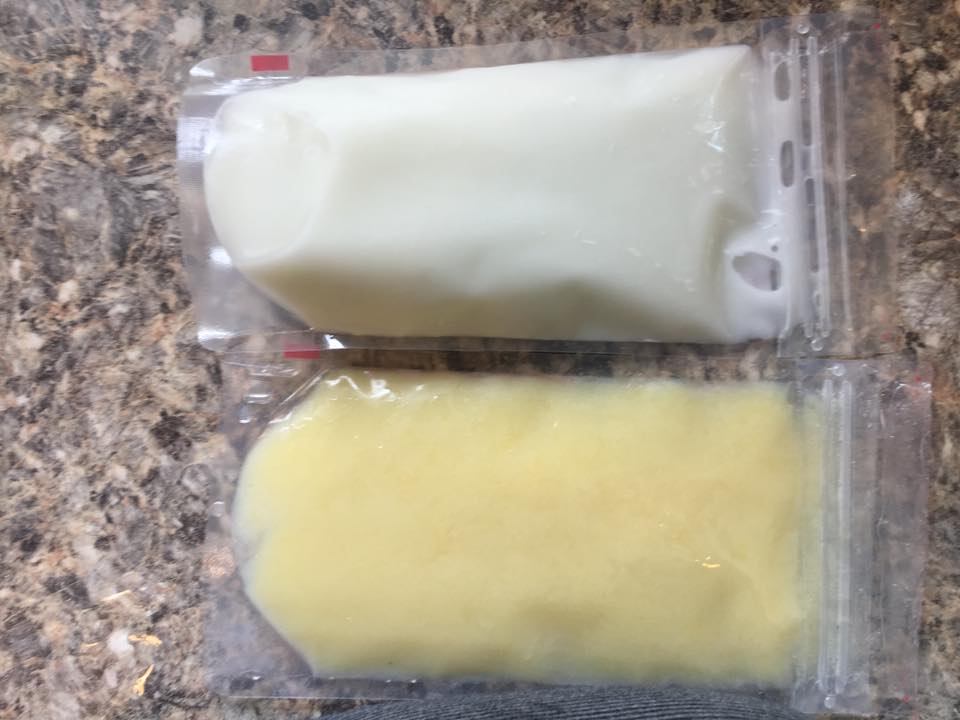 At first, Ashlee thought something was very wrong, and that she was getting sick too.

“I read before that your milk could change for different reasons, but I was so sleep-deprived that morning, I just thought there was something wrong with it,” Ashlee tells Yahoo Lifestyle.

Since her 7-year-old daughter Peyton had been home sick with a high fever and strep throat, Ashlee says she originally thought that she was sick, too. But once she called her daughter’s paediatrician, she was told that the breast milk’s yellowish colour meant there was more fat and antibodies in the milk to help her infant Elliot fight the infection.

And, it seems, it worked. “The illness knocked my 7-year-old out for a week, but the baby only got a runny nose and a slight fever the night before I noticed the yellow,” Ashlee says.

Ashlee’s doctor was right: A mother’s body responds when her baby is fighting off an infection. Leukocytes, white blood cells of the immune system that protect the body against infection and foreign invaders, increase dramatically in a woman’s milk supply when her baby is sick.

“The baby’s saliva goes back into the breast and then the breast manufactures special milk to protect the baby,” Leigh Anne O’Connor, a board-certified lactation consultant and La Leche League leader explained.

“This can happen when other members of the baby’s family are sick and can also happen if the breastfeeding mum is sick”, she says, adding, “This is one of nature’s beautiful tricks to protect the offspring and to keep the population healthy and growing.”

Who would have thought that backwash would be so beneficial? Our bodies are absolutely amazing.