The Day My Toddler Turned into a Poocasso

In the days that I ran a plumbing maintenance business, I once sent one of my maintenance plumbers to unblock a toilet that would no longer flush. It was in the disability cubicle so it was important to get the toilet working as soon as possible.

Upon arriving to the toilet, my plumber faced a poo graffiti of the worst kind. Someone had done an upper decker (defecated in the toilet cistern) and spread their poo on the walls of the small bathroom. It was a diabolically shitty scene for my plumber to walk into. I remember laughing and thanking the Lord it wasn’t me who had to deal with the shitty job. Who knew a similar job would come back to haunt me a few years later?

On Tuesday morning, I kept my oldest daughter home from school to get over a virus. Rather than put the tv on, I decided to make some playdough, adding some essential oil, for relaxed play. Little did I know that while I was making said playdough, my 19 month old was playing with a dough of her own.

She’d taken off her pooey nappy in her sister’s room and decided to Picasso the walls and the floor of the play tent pavilion with her poo. My daughter gave ‘shit faced’ a new meaning because the teddies, dolls and cushions stood no chance at the hand of my toddler who decided to spread brown crud all over their faces. The sight and smell was astonishing. In all my career as a plumber, I had never faced a more shitty scene. 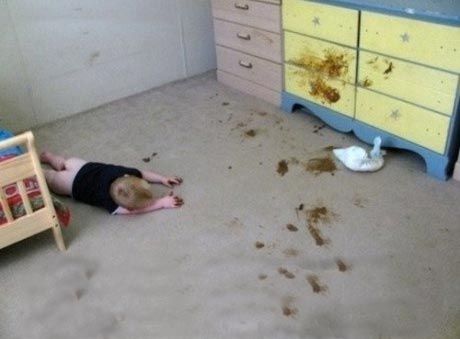 A remake of what I faced, Image source

When I discovered the crime scene, I screamed then went into shock. I yelled at my daughter not to move because her poop was down her legs and on the heels of her feet which meant she left a poo trail where ever she walked.

Thank God for baby wipes. I used a whole pack on my daughter to clean her up and chucked her in the bath to be scrubbed.

There was no time for an inspection or sniff test. Everything in that pavilion – including the floor and fabric walls – were unattached and chucked into the washing machine.

It took me a good hour or so to scrub and get the room smelling fragrant again.

No one tells you the worst parts of parenting. Pooey nappies I can deal with, but poonamis and poocassos – when our darlings decide to be paint with their poo – nothing, NOTHING can prepare you. 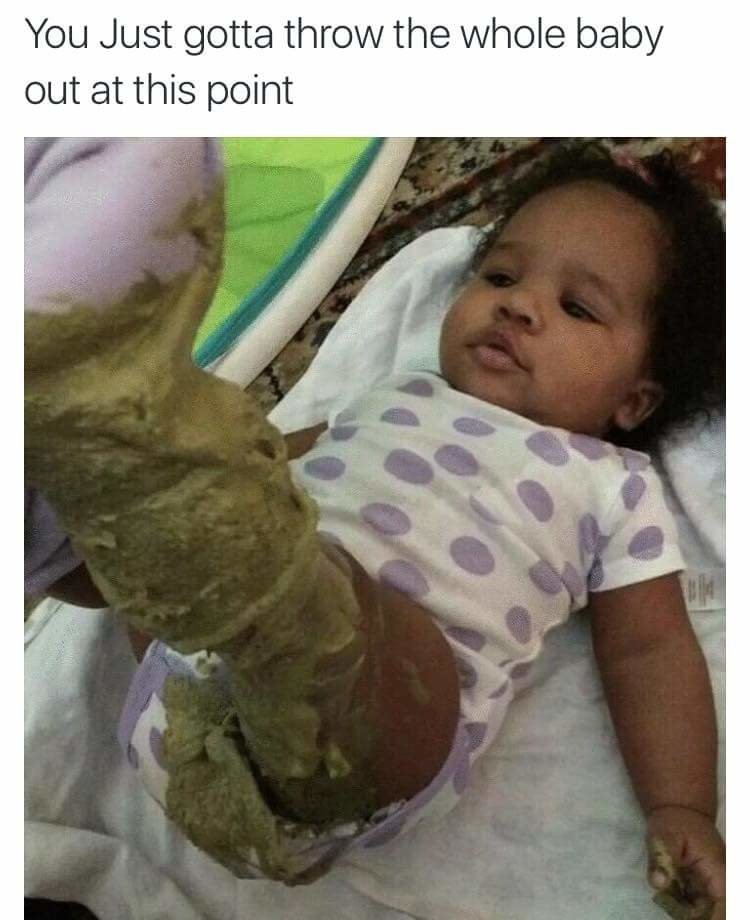 After sharing my horrendous parenting moment on my blog’s Facebook page, the comments and condolences came running in.

One mum commiserated with my unfortunate event, as she too had a poo painter but added with consolation, the said child was the most creative out of her brood.

I hope like hell it’s the first and last case of poocasso in my house.

Nuggets are not the same as crayons, darling daughter.

Have you ever walked into a poocasso? Do you have a poo painter in your family?

19 thoughts on “The Day My Toddler Turned into a Poocasso”