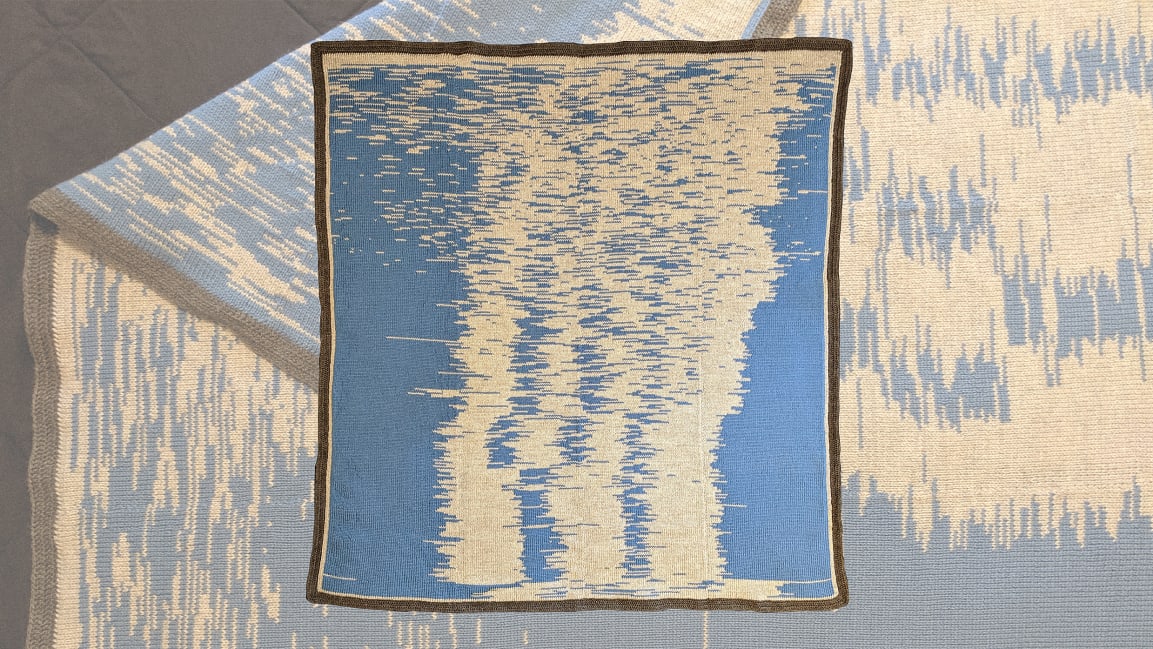 Any parent will tell you that the first year of a baby’s life is the hardest, full of poopy nappies, sleep deprivation, and lots and lots of crying.

But it is hard to visualise exactly how difficult parenting can be during those first twelve months unless you keep accurate data and present it in a way that it suddenly all makes sense.

That’s exactly what IT specialist Seong Lee did. He knitted a blue and beige baby blanket clearly showing his son’s first year of sleep.

Each row is a day and each stitch represents exactly six minutes of time spent awake or asleep. He collected the data with the help of the app BabyConnect and spent three months carefully knitting the sleep data into a beautiful gift for his son.

“I’d seen visualisations of this kind of sleep data in the past as images, and they’re very cool, but also ephemeral as anything online is,” says Lee. “I wanted to give him something physical that can just exist as an object that was nice on its own merits, but had a little bit of both of us imbued in it.”

The blanket tells a very clear story once you know how to read it. The top-end shows erratic patterns of sleeping (blue) and wakefulness (beige) while Lee’s newborn son adapts to life outside the womb.

Within a month and a half, you can see that Lee’s son developed a more dependable sleep pattern with a few sleepless nights here and there. Then, roughly five months in, the baby sleeps through the night, with three and then later two sleeps during the day. 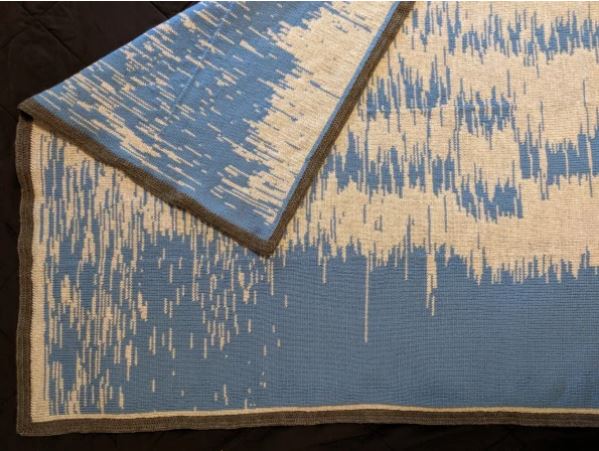 “I definitely had the guilt trip aspect in the back of my mind when I thought of this—but just as a joke,” admits Lee. “At first, I definitely set out to just make this cool thing, but upon reflecting on it a little more deeply these past few weeks, I can see how strongly the entire project was motivated by dad feelings.” 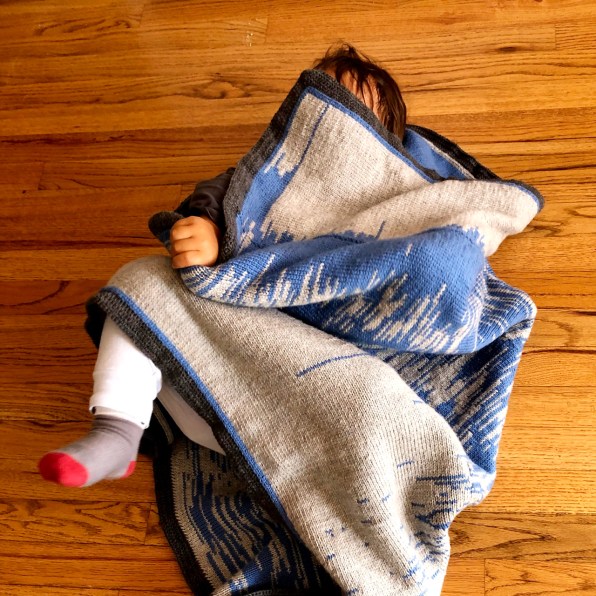 What a beautiful keepsake for Lee’s son! And it looks lovely and cosy as well!

Is this something you’d like to make for your child?