Congratulations are in order for Kerry Washington! The Scandal actress is reportedly expecting her second child with husband Nnamdi Asomugha.

Washington,39 and her NFL player husband are already parents to two year old Isabelle, who they’ve managed to keep away from the public eye. 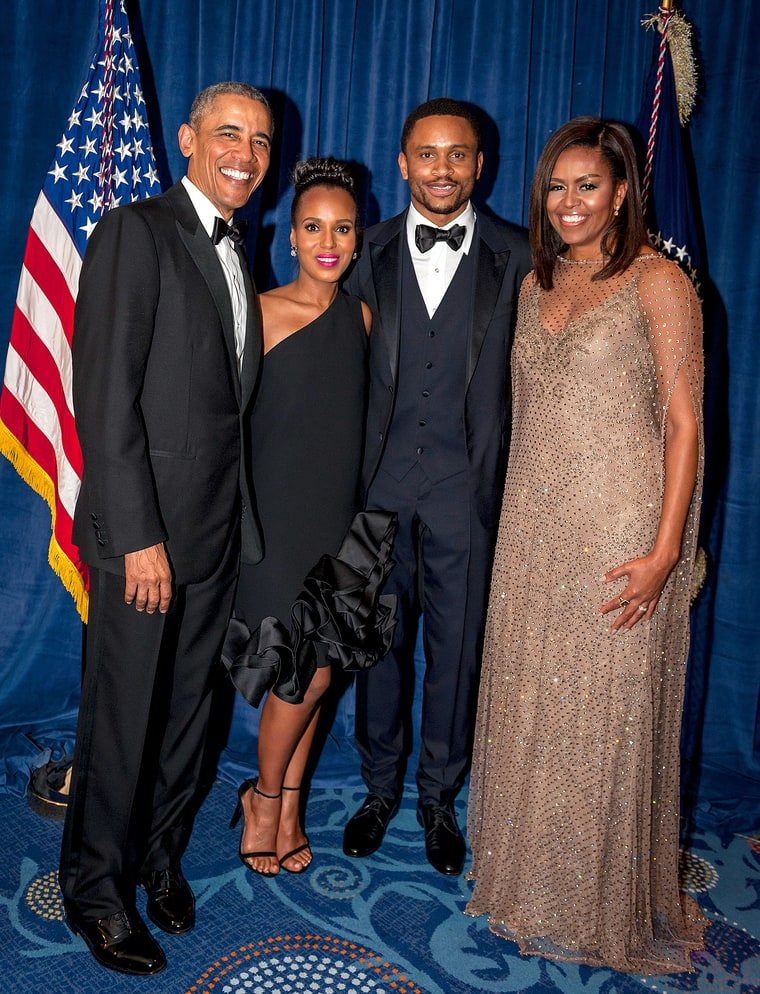 Washington recently attended the White House Correspondent’s Dinner where onlookers speculated that she was in fact pregnant. The star was dressed in a gown by Victoria by Victoria Beckham and she tried to mask her bump on the red carpet earlier with a strategically placed Jimmy Choo clutch.

The actress and her husband are fiercely private when it comes to their family so don’t expect a big baby announcement on Instagram any time soon.