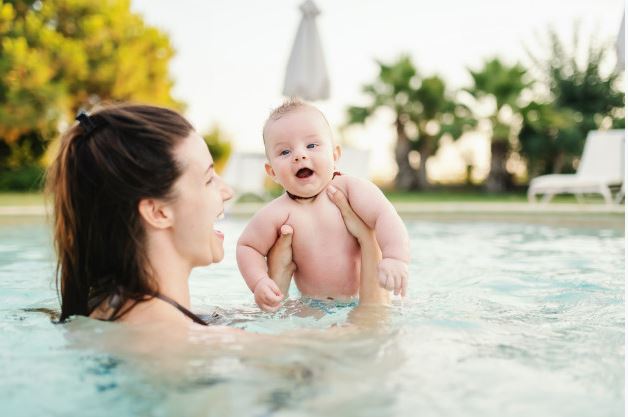 It might come as a surprise to some, but usually, when mums attend a baby swim class, they aren’t there to pick up men or steal people’s husbands.

A mum has asked if she was being unreasonable for wearing a two-piece bathing suit to her six-month-old son’s baby swim class after another mother called her out for not wearing a modest swimming costume in front of her husband and the other dads.

The scandalous two-piece swimsuit that the mum was wearing was this: 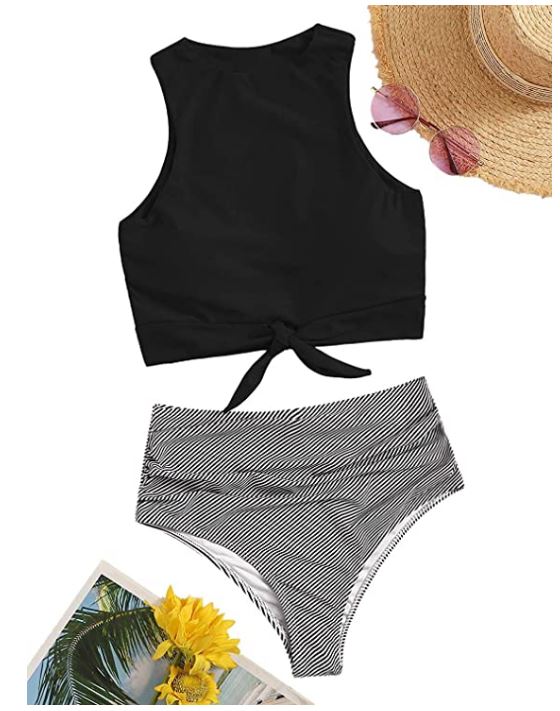 The mum took to Reddit’s Am I The Asshole board to ask if she was in the wrong for not wearing a more modest swimsuit.

For whatever reason, I am typically one of the only mums in the pool with my baby. Most other parents who come have the father in the pool while the mother watches. Due to my husband’s job, he is unable to attend baby swim class so I am often flying solo.

Today, there was a new baby at swim class! He looked to be about the same age as my son. As the father got into the pool, he said hi and I returned the greeting. I then asked him how old his son was and we made about 30 seconds of small talk before the class started.

After the class was over and my son and I were leaving the pool area, this man’s wife approached me and said, “you know, if you are going to continue to swim with husbands and fathers, you should really dress more modestly.”

I was wearing a tankini. (Literally, this: Women High Waisted Bikini Set Floral Crop Tie Knot Front Two Piece Swimsuit) You could see maybe 3 inches of my stomach. And not that it matters, but I am completely flat-chested with no butt, so it’s not like my voluptuous curves were a distraction or anything.

I was caught completely off guard and just said, “thank you for your opinion,” and kept walking.

Personally, I find this ridiculous and an insecurity problem, however, I was telling another mum friend about it and she said that maybe I should reconsider my bathing suit moving forward. That I should invest in a one-piece (which I personally don’t like because I have a long torso and no curves, so most of the time they don’t fit right, and when they do, I don’t pull them off well). She then continued that she would be uncomfortable with a swim class that had other women who were showing off too much skin to her husband and children.

Anyway, I don’t want to be the inappropriate pool mum, but at the same time, it’s a baby swim class and my bathing suit choice was hardly inappropriate (in my opinion).

Swimming lessons are pretty stressful at the best of times as you juggle your wet, wriggly baby, your swimming bag, towels, handbag/baby bag, phone and your dignity to and fro. Wearing swimwear 6 months postpartum in front of strangers while focussing on your baby is a lesson on insecurity and priorities in and of itself. You don’t need other fully dressed and clearly insecure women observing and judging you on your choice of swimwear on top of all that.

What do you think? Is her choice of swimwear appropriate for baby swimming lessons or not?