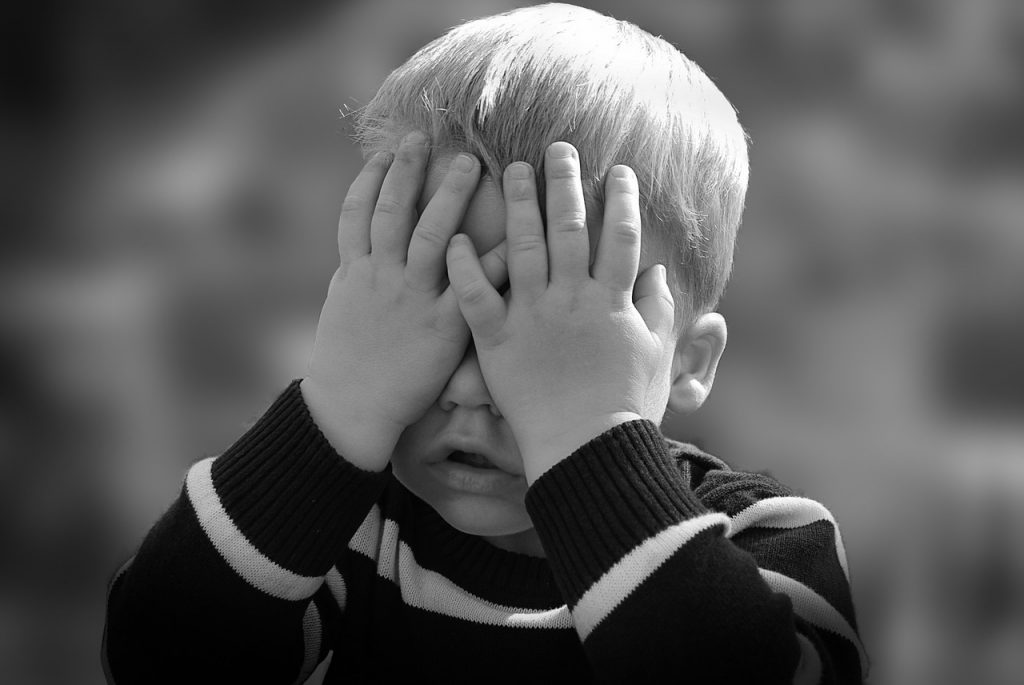 A woman has sought advice from other parents after noticing that her toddler has developed a monobrow.

The extra hair between her two and a half-year-old’s eyebrows caused the mum such concern for his self-confidence that she considered adding shaving to his daily grooming routine.

Gosh, that sounds so extreme when it is put that way, doesn’t it?

But, to the mum’s credit, she did ask other parents what she should do before she went ahead and did it, asking the good people over at Mumsnet’s “Am I Being Unreasonable” board: 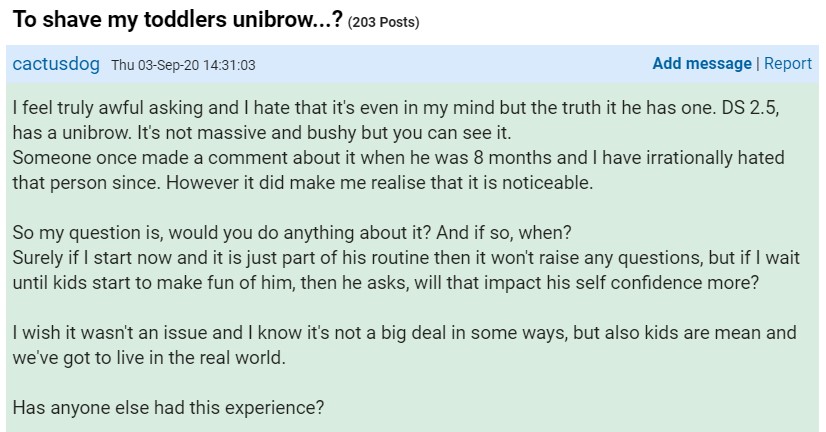 I imagine this isn’t the first mum to consider doing something about her child’s eyebrows and chances are she won’t be the last.

“Do not shave your toddlers face.” was the first, very direct, comment.

“Just no!” was the second, and “Seriously?” was the third.

Other parents saw the situation differently and implied that it really wasn’t a big deal at all.

“I’ll be flamed for this, but I have shaved my daughter’s. Not as young as your son, she was maybe 6/7ish and I still do it now. Just go over it when it grows back.” wrote one mum.

“I’d get rid of it OP, I don’t understand the horror in that, to be honest,” added another.

“My toddler has a unibrow as well. I’m not shaving it or removing the hair but once he notices it and asks for it to be removed I’ll let him. I will never be mentioning it to him,” wisely offered another cluey mother. “You’ll give him the idea that it’s not acceptable to have it. Not great for such a young child.”

In the end, the mum agreed with the parents in the No camp.

“Yes, you are probably right. I’m being ridiculous, aren’t I? Like, he’s two!” she admitted. “I googled and found quite a few people have done it so then I thought maybe it’s not a big deal.”

The mum added that it was something that she had been made fun of when she was a child. After an incident with a mean girl at age ten, she plucked her monobrow and said that she had felt “much better ever since”.

What do you think? Is this something you had thought of doing for your own child? How did you handle it? If you’d like to, please share your advice in the comments.

Source: Mumsnet/Am I Being Unreasonable?