When I venture out with my five children, I always brace myself for comments. There will always be one. Someone will always go out of their way to tell me that “I’ve got my hands full.” Every time. Without fail. Even if my children are behaving impeccably. It’s almost as though we threaten them with our mere existence.

I smile and nod and give a half reply. Although in reality, on the inside, I’m giving that person the finger. As much as I try to justify it, I don’t actually understand how it is appropriate. It’s just not anyone’s business.

I don’t go up to people with one child and say, “Wow, looks like you have it super easy there.”

I don’t go up to complete strangers and comment on their appearance. Nor do I comment on what’s in their shopping trolley. I certainly never  make mention of how many people are in their family.

It’s a strange and super judgmental thing to do, wouldn’t you say? 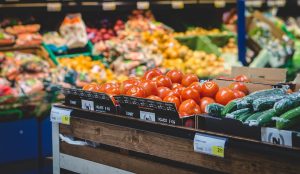 Courtney Lester, a Kentucky mum of three, decided to take her similar message to Facebook. She was out shopping with her husband and children, when she received an unwelcome comment from a stranger in Walmart.

“I feel sorry for you, you have your hands full with all of those kids.”

Courtney initiated her response by saying that her hands were in fact the opposite of full. They were completely empty. She then went on to speak about a more personal anguish.

“What you can’t tell is that I lost two babies before being blessed with my last two, so if you want to feel sorry for me, there’s the only reason why you should,” she wrote. “My children are blessings. They aren’t perfectly modeled citizens because, well, they’re children. Sometimes they’re loud, sometimes they misbehave, and sometimes they have complete meltdowns.”

Still, she added, that day in Walmart they weren’t misbehaving. Her 4-year-old was singing, her 2-year-old was sitting quietly, and her 3-month old was sleeping soundly in his baby carrier. ”If that is your definition of having your hands full, I feel sorry for YOU,” Lester wrote.

“The truth is, I do stay busy. Some days, I can’t wait for bedtime. My children keep me on my toes and one of them always needs something, but I have never viewed them as an inconvenience or a reason for someone to ‘feel sorry’ for me. Even on days when they won’t listen, have meltdowns, and when it seems like nothing I do is good enough, I have never felt sorry for myself and I don’t expect others to either. If having 3 kids automatically makes my hands full, so be it. But please, never feel sorry for me because my heart is more full than my hands could ever be.”

Courtney told Huffington Post that she suffered the two miscarriages after having her first child. Her doctor informed her that there was a chance that she may never be able to carry another child to term. “We prayed a lot and focused on raising the daughter we already had. I spoke to a lot of different moms who had also suffered the loss of a baby and that helped so much!” Lester said.

When Courtney discovered that she was in fact pregnant with her second daughter, she and her husband were overjoyed. “We were so thankful for being able to have another baby and definitely did not expect to be blessed with a third,” she said.

In a further update to her Facebook post, Courtney commented that she felt this particular comment made which in turn sparked her response, came from a rude and judgmental place.

“Knowing that I should have five babies with me instead of just three, that comment hurt,” she told HuffPost. “I was kind of stunned by hearing someone say they felt sorry for me and didn’t really get a chance to respond. The fact they he went out of his way to come over to my family and make that comment in front of my children bothered me and my husband.”

In her update, Lester wrote, “The size of someone’s family is absolutely none of anyone’s business as long as their children are happy, loved, and cared for. If you feel like you should make a comment to a family or a parent, try something uplifting instead.”

At the time, Courtney’s husband took the photo of her for simpler reasons. It was to send to her sister in order to tell her what happened. Although the stranger’s comment continued to eat away at her and she finally decided to post it on Facebook in order to vent her frustrations.

Courtney said she never expected her post to go viral. Although now that it has, she hopes people can take away a positive message.

“I want people to know that it isn’t OK to make comments like that to parents because you don’t know what they have been through.”