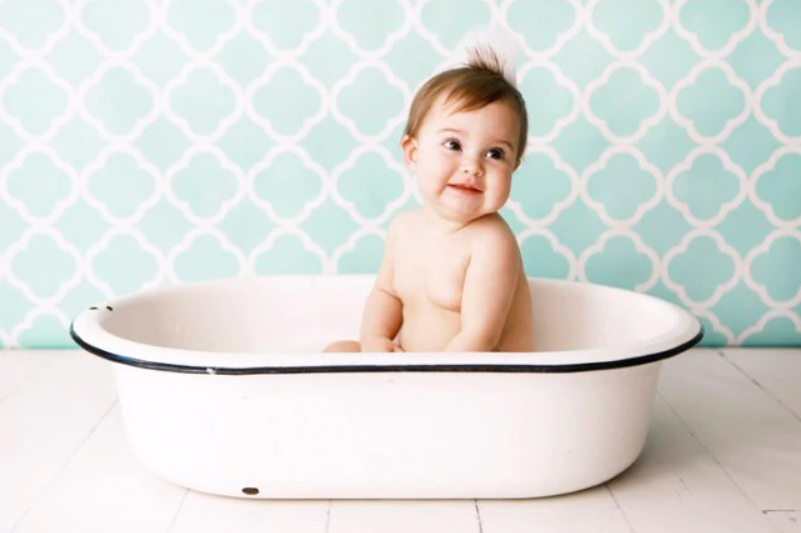 There is no magic remedy to calm your red-faced, screaming, inconsolable baby, but this parenting trick comes pretty close.

Even though we are given so much advice when we are new parents, there is never one fix-all that seems to calm fussy babies every time. After all, there could be many, many different messages they are trying to tell us from “I’m hungry” to “I’m uncomfortable in this wet nappy” to “what-the-hell-happened-why-aren’t-I-still-in-that-cosy-womb-what-is-that-noise-this-is-really-freaking-me-out!!!!”.

One mum has passed along some advice that was handed down from her own mother, and it’s gone viral as parents are finding it very effective for their own babies.

“Put them in water or take them outside” is the message that mum Jennifer Batchelor swears by.

Sharing her wisdom in a social media post, she writes:
⠀⠀
I don’t remember how old Nathan was when I called my mum in tears because I couldn’t stop his, but his age was probably measured in weeks. Maybe days. ⠀
⠀
“Nothing is working; I don’t know what else to try,” I sobbed. “He’s not hungry or sleepy or wet.”⠀
⠀
“Try giving him a bath,” she suggested. “Or bundle him up and take him outside for some fresh air. I always say to take them outside or put them in water, and usually, the grumpiness goes away.”⠀
⠀
It worked that day, and it’s worked many times since. We’ve done baths at 10 am. I’ve paced our driveway with a baby in my arms at 2 am.  And today, at 5:15 pm, when my children were fighting for the 17th time since they got home from school and I was about to lose it, instead I put one in the bath and I sent the other outside and now maybe all three of us will survive until Dad gets home. ⠀
⠀
Almost nine years later, it still works. ⠀
⠀
I can’t give you advice about sleep schedules or feedings or Montessori-approved toys. I don’t know what we’re gonna do about Tik Tok and Snapchat in a few years. But when they’re falling apart at the seams for no apparent reason, take them outside or put them in water. ⠀
⠀
Oh, and it works on grown-ups, too.

Such sound advice, why didn’t we think of it before?

Remember this little nugget of advice for the next time your little one loses their cool. If they are anything like my kids, this tip will come in handy sooner rather than later!