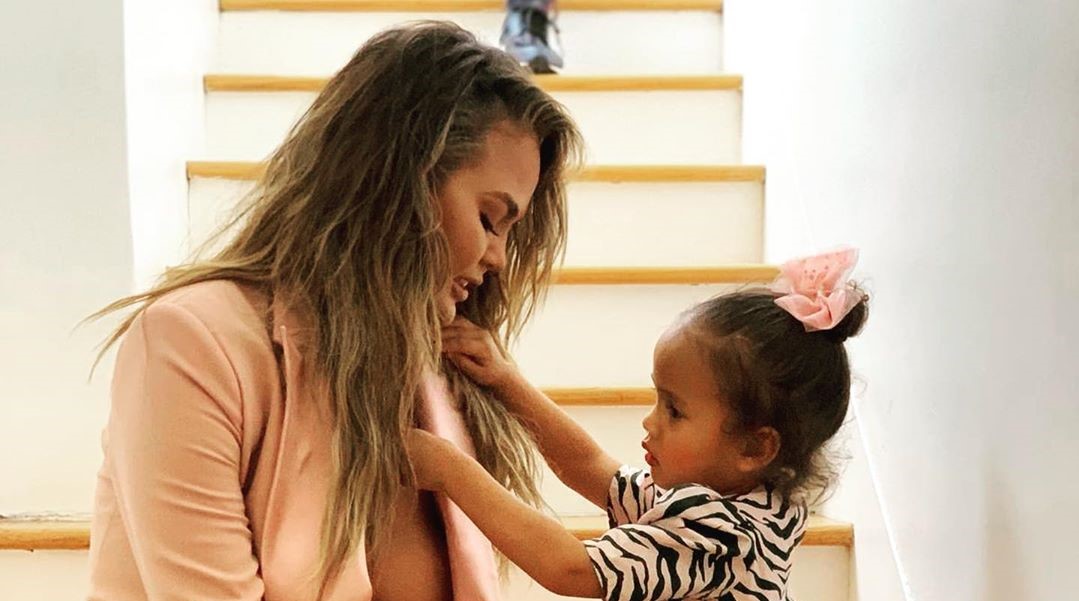 It is official. The mum-shaming we all face from random trolls on the internet has gone to ridiculous levels.

On Friday, Chrissy Teigen posted a photo of herself and her adorable 3-year-old daughter, Luna. The mum of two was wearing a lovely blush pink blazer with not very much underneath, and her little girl was helping adjust it for her during what was obviously a photo shoot. “On set with my stylist,” Teigen captioned the post.

on set with my stylist

Not letting a sweet moment between a mother and daughter go un-judged, Chrissy was soon criticised by people for what she was wearing.

“Jesus cover up your daughter is right there,” one user wrote.

“Do you ever wear underwear?” asked another.

Seriously? Some people need to take a seat and then have several seats thereafter. What business is it of theirs what Chrissy wears or doesn’t wear?

Teigen is famous for her snarky comments to presidents and trolls alike, and she certainly served some snark with her response to her Instagram post:

“She sucked it for months and doesn’t mind it much”