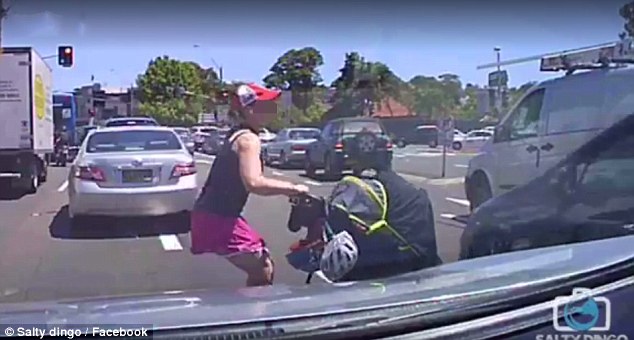 Shocking footage has been captured on a driver’s dashcam as a woman stepped out in front of busy traffic while pushing a pram. A car was filmed narrowly missing the pram in horrifying dashcam footage captured on Wednesday in Balgowlah, north of Sydney, at around 2pm.

Fortunately, the woman reacted quickly, pulling the pram back towards herself, narrowly avoiding catastrophe. A couple of inches further and the pram could have been ripped from her hands by the passing car.

The woman opted to ignore a nearby pedestrian overpass (and perhaps a crossing at the traffic lights) and chose to jaywalk through the traffic instead, placing herself and her baby at risk.

“So she would put herself and child at risk rather than walk a few extra metres to the set of lights … Not to mention that if she got hit by a car and worse case scenario died, the driver would have to live with that for the rest of his/ her life….”

“What mother in her right mind crosses 7 lanes of traffic with a pram?!?! There was a set of lights only 50m away that most likely had a crossing! This woman should be arrested for child endangerment! How infuriating

Pedestrian crossings and overpasses are there for a reason, lady.