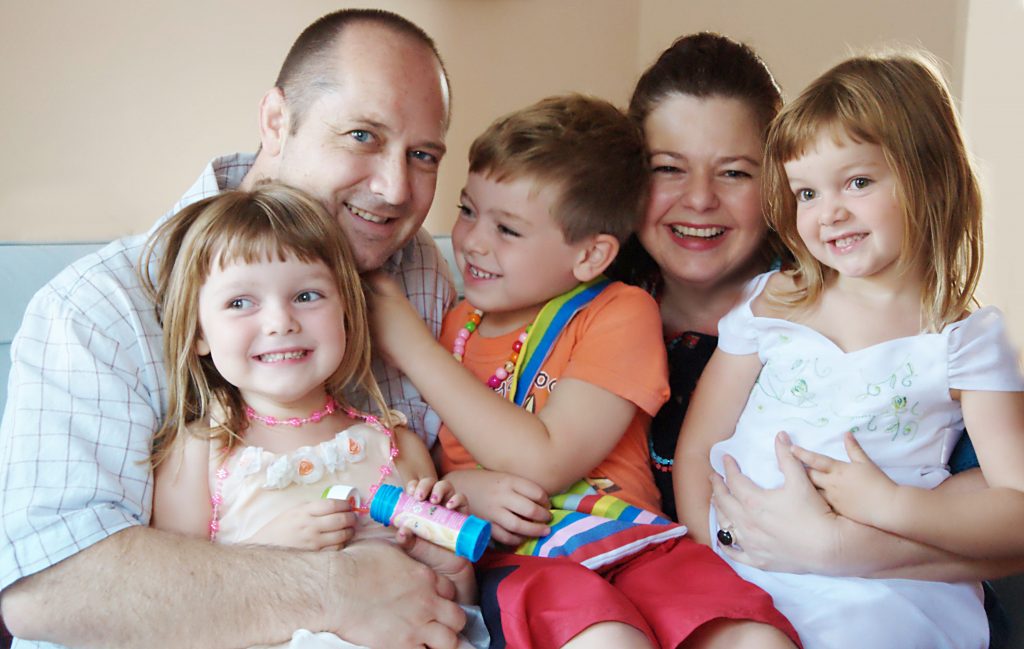 We’re all doing the best we can as parents — taking care of our families with as much care and love as we can muster, day in, day out. But sometimes we go above and beyond our regular call of duty, proving once and for all that parents can be simply wonderful.

Redditors were asked what examples of awesome parenting they’ve ever witnessed, and they did not disappoint! These stories made us smile, cry, and most of all – inspired us to be the very best parents we could be.

♥  There was a gentleman who was at the climbing gym, maybe in his late 20s or early 30s. He stood in front of a video camera standing on a tripod and was talking into the camera. He was telling the camera how to tie a figure 8, how to put on a harness, how to belay, all the standard lessons to start top roping. He talked pretty lovingly into camera, ie. not like a professional video.

After he finished and was packing up, a young lady walked up to him and asked what the video was for (would’ve been cooler if it were me that did this, I know I know). Turns out the man had metastatic cancer (I think it was of the colon originally) and didn’t have long to live. He also had a newborn child. So he was going around making video tapes of all the things that “dads are supposed to do”: A video for every birthday, graduation, marriage. A video to teach his kid how to drive, how to dance, how to be a gentleman.

He was at the gym because he didn’t know what kind of sports his boy would like, so he decided to do a couple videos of every single athletic activity he could think of.

♥  I was on the train and a woman and her toddler sat across from me. The little girl asked questions, was generally curious and imaginative. She seemed very smart for her age.

Instead of her mother just ignoring her or getting frustrated, or even making up some shit answer just to quieten her down, she engaged her daughter and talked about the topic in great detail with her.

I noticed, for her age, the young girl had amazing linguistic skills. It was so good to see a parent really encouraging curiosity and explaining how the world works.

This kid wasn’t just asking a couple of questions: It was nonstop. It was really nice to listen to. – [account deleted]

♥  When I was growing up my mom never was much of the outwardly affectionate type and I think sometimes that bothered me a little. Then one day I realized that every moment of my childhood she was there picking me up and cheering me on. When I got older I realized that it wasn’t a coincidence that every time I needed baseball cleats or whatever, she seemed to be on a diet and skipping lunch at work etc.

The best example of awesome parenting isn’t the highlights, it is the everyday crap parents do to get you through your childhood. – Neon_Ninja

The mother asks, “Did you ask him to play with one?” With tears trickling down her cheeks, she shakes her head “no.” Mom says, “If you haven’t asked him for a toy, do you think he knows why you are crying?”

The little girl ponders it for a second and turns to the boy and says, “Can I play with one of the toys?” To which the boy replied by handing her one. – woo545

♥  When I was 5 I used to have this stuffed toy deer that I adored. I wouldn’t sleep without it and it got taken everywhere. One day, horror, I left it at school on Friday, meaning I had to spend the WHOLE weekend without my deer!

I of course, was devastated at this turn of events, and my mother upon going to bed noticed that I had written a note and stuck it to my door describing how upset and sad I was about my poor deer being left all on his own. So my mother sat down and wrote me a letter from two fairies who had ‘flown past my door and seen my note’ and how they went to my school to keep my deer company and how they had a party with all the other toys and had a super time.

Me being 5 at the time, woke up the next morning, didn’t even question the truthfulness of this letter and sat down the next evening to write a reply to the lovely fairies that were stopping my deer from being lonely. Which my Mum, bless her, also wrote a reply to, and then I gathered up my notes on Monday, went to rescue my deer and showed them to my teacher, with great delight….which got my Mum a few bizarre looks from the teacher I’ve been told!

tl:dr My Mum turned a shitty weekend into an awesome one! – Danderlyon

♥  When I was 10 or 11 and just starting to question the concept of Santa my parents bought me a Sonic the Hedgehog bed cover for Christmas. On Christmas eve they snuck into my room and managed to swap over the new Sonic duvet without waking me (turns out they heated the duvet on a radiator first so the coldness wouldn’t wake me).

On Christmas morning I wake up in this new awesome blanket and run down to tell my parents who take me out into the garden where my old blanket is stuck in one of our trees. My dad says: “It must have fallen out of his sleigh as he was leaving”.

♥  I was at the mall once and I saw this little 3-year-old throwing a tantrum right in the middle of a crowded plaza. His mom, after fruitlessly trying to reason with/lift the dead-weight, just waited until his next round of screaming and hid behind a column while he had his eyes furiously shut. Once he opened them, the crying stopped immediately, he looked confused and scared. Picked himself up and started systematically looking for his mommy (who was watching him the entire time). After a moment, mom comes out from behind the column to junior’s great relief. She extends a hand and asks: “Ready to go?” Baby nods, grabs her hand and they both walk away in utmost silence. The whole thing was over in about 10 seconds. No yelling, no threats, no violence.

I could see the same look in everyone’s astonished face as they left: “We should be clapping, right?” – another_brick

What’s the best example of awesome parenting you’ve ever witnessed? We’d love to hear it!