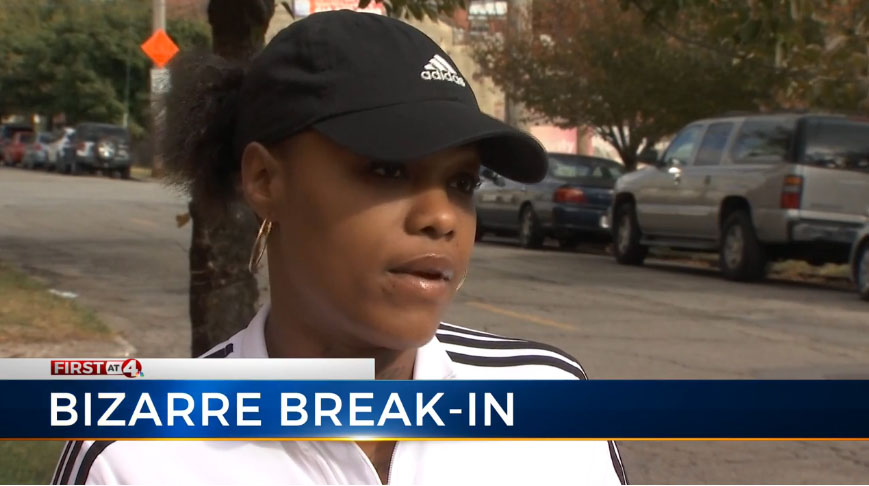 A mum in the US has woken up to discover that someone had broken into her home and was in the process of giving her 2-year-old son a bath.

We can only imagine the utter horror mum Areica Hill felt as she discovered an intruder bathing her naked toddler.

“I’ve never heard of anything like this,” Hill said.

The shocked mum told locally-based news that she awoke on Wednesday morning to the sound of a strange dog barking in her home.

“I get up and I walk to my door and the way my house is set up, I can look down the hall,” she explained. “I see a white female lady, bent over the tub, with my 2-year-old in the tub.”

Hill said she fought the woman off, and her boyfriend held the woman in place until the police arrived.

The intruder has been identified as 22-year-old Elizabeth Hixon. She was arrested and charged with burglary, WCMH-TV reported.

An affidavit in the case said: “Ms Hixon stated that she entered the residence, to provide care to a juvenile, which was outside the residence.”

Defending her daughter’s actions, Hixon’s mother told NBC4 that her daughter had good intentions and that her heart was in the right place.

It is understood that Areica Hill had never met Elizabeth Hixon prior to discovering her in her bathroom. She plans to follow the case as it moves forward with the intent of seeing that the charges brought against Hixon are fully enforced.

“I would like to see other charges filed against her,” she stated.

It can be difficult to move on from the feelings of violation when your home has been broken into and items stolen, but can you imagine how it must feel to have a complete stranger give your toddler a bath? The claim that the child was “outside the residence” has not been proven to be true, and it is coming from someone who sees nothing wrong with bathing other people’s children in her own defence, so it can be taken with a whole bucket of salt.

It’s unclear whether drugs, alcohol or mental health issues played a part in the bizarre incident.