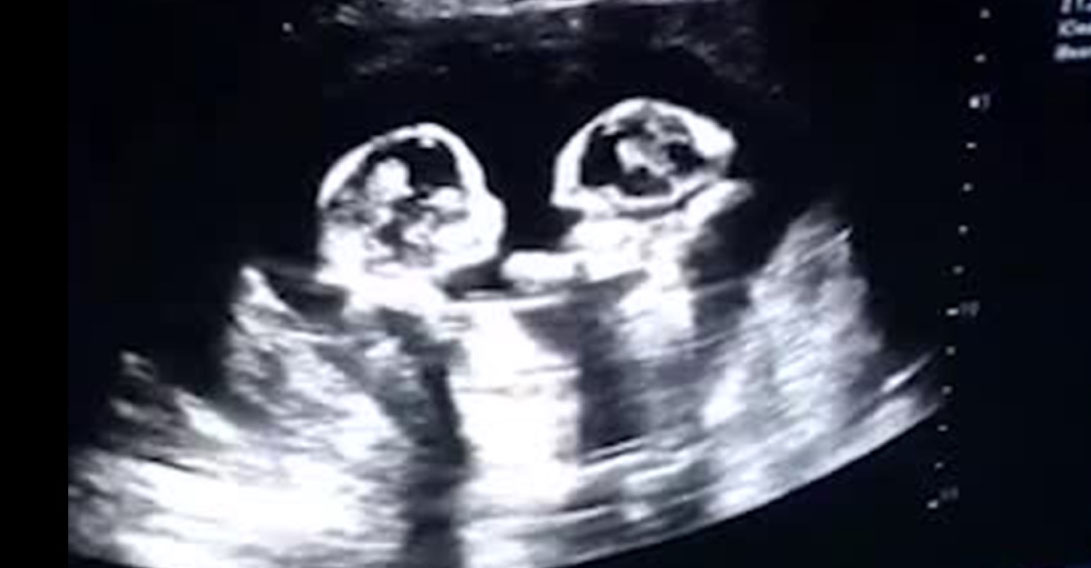 They often say that you need to start as you mean to go on, and in this case, the sibling rivalry looks to have already begun! Honestly, it can be hard enough sharing a room with a sibling, let alone a womb.

A pair of identical twins in China have been spotted in a viral video of an ultrasound apparently fighting each other in their mother’s womb. In the video, the two baby girls look like they are kicking and hitting each other as their mother was undergoing an ultrasound scan at four months gestation. The father of the twins, 28-year-old Tao, said the video was shot by him when he went with his wife for an antenatal check-up late last year in Yinchuan.

Nurses spotted the astonishing scene during the mum’s routing ultrasound, as it appears the pair were punching and kicking each other in the womb.

Their proud dad was moved by the incident and said they even hugged each other when their mom was going through an amniotic fluid test.

“We were so touched. The babies were so small and they knew how to look after each other. I believe they will live with each other in harmony when they grow up,” Tao said.

The twins from China were given the nicknames “Cherry” and “Strawberry” after their mother’s favourite fruits. They shared the same amniotic sac and placenta, which is known as monochorionic-monoamniotic twins, or mo-mo twins — one of the highest types of risks involved with twin pregnancies.

Fortunately, both Cherry and Strawberry were born healthy at 32 weeks via caesarean section.

We would like to wish the parents of these feisty sisters all the very best of luck during their teen years.