10 of the Best Gender Reveal Ideas for You to Recreate for Your Baby Shower! 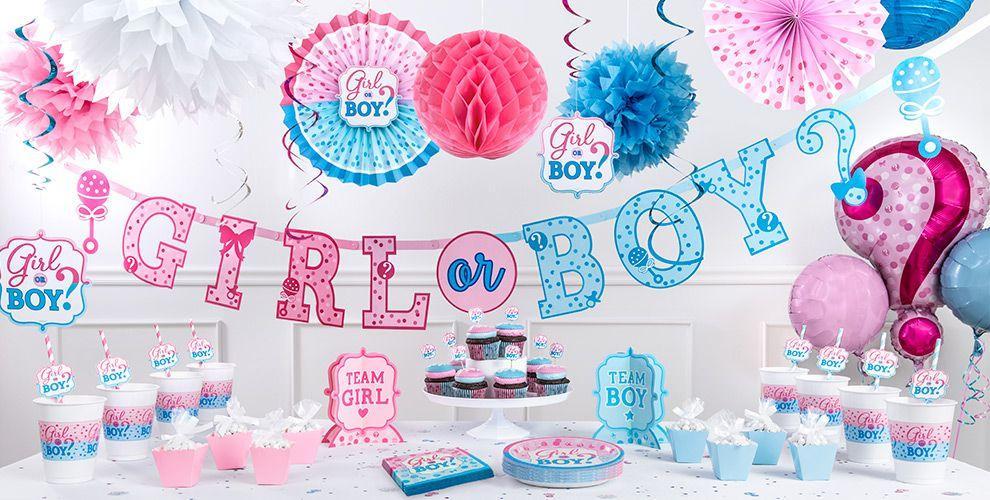 10 of the Best Gender Reveal Ideas for You to Recreate for Your Baby Shower!

These days, most couples decide to learn whether their baby is a boy or a girl during their pregnancy, and even though the baby might still be a few months away, it is always an exciting time for the expectant couple and their families and friends. That’s why most people choose to host a baby shower or gender reveal party to announce their wonderful news to celebrate among their loved ones.

Some folk opt for a fancy cake which reveals a pink or blue filling when it is cut, or others go for the old balloons in a box trick.

But what if you’d like to do something a little different? A little creative? There are plenty of products you can buy to help reveal your baby’s gender, including coloured powders, party poppers and glitter.  But it’s how you use those items that make it all the more exciting for you and your guests!

Here are 10 of the very best gender reveal ideas for you to recreate for your own baby shower!

1. Do a balloon box, but turn it upside down!

The moment of truth! pic.twitter.com/8gXsbGm8nm

2. Open two boxes, one containing a helium-filled balloon and one air-filled. Whichever one floats announces the gender!

Which one will float? 😍 pic.twitter.com/sLvFq2xOsd

3. Arm some friends with some pointy knives, fill some black balloons with confetti and cut a cake!

😂POP IT!!! Ain’t nobody getting a hug from daddy but momma!! pic.twitter.com/7cHcYotmXl

4. Why not crack an egg on your head? The one with the soft boiled egg is the baby’s gender!

5. Write on the concrete with invisible ink and get your older kids to pour water on it!

6. Not sure how you’d manage to organise this one, but get a tower…

This is how they do it in New York! 😍 pic.twitter.com/NVcLafMLBo

7. This triplet reveal is more funny than creative. Those poor, disappointed little boys!

8. Hire a giant inflatable baby to burst out of a box performing Fortnite dances!

9. Do a baseball-themed reveal but try to actually connect with the ball, not hit Grandad in the face.

10. Enlist a bored-looking older sibling to do a pretend burn-out in a little car!

Will you try any of these fun ideas?