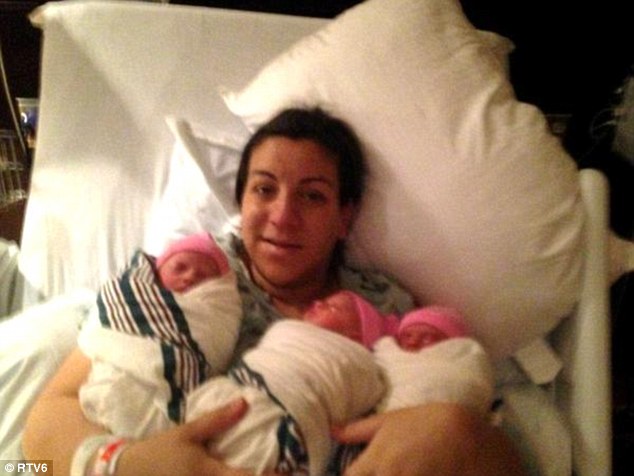 Ashley and her one-in-a-million triplet girls

A couple from Indiana have shocked doctors by naturally conceiving identical triplet girls.

Sophia Mae and Alexis Kae weighed in at more than 4 pounds, while Ella Shae weighs 5 pounds, according to 6 ABC, and were born at 36 weeks.

‘It’s just an awesome blessing for God to entrust us with three more little blessings all at once,’ Ashley told the Indiana network.

The couple have revealed that they will tell the girls apart using nail polish.

Ashley said she intends to keep track of the girls by painting each of their nails a different color – purple, pink or light blue.