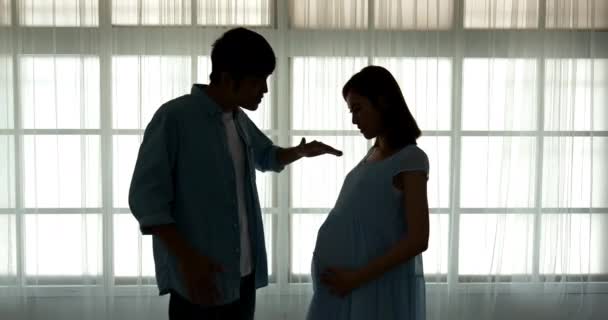 A dad has sought advice from the internet after vetoing his wife’s unique baby name, revealing a whole mess of family problems in the meantime.

Thinking he was just looking for advice on how to convince his wife that “Tuesday” was not a good name for their second child, the father was soon told that the entire situation was problematic, and the baby name was the least of his worries.

Taking to the popular subReddit Am I The Asshole, the man explained his circumstances and what led him there: 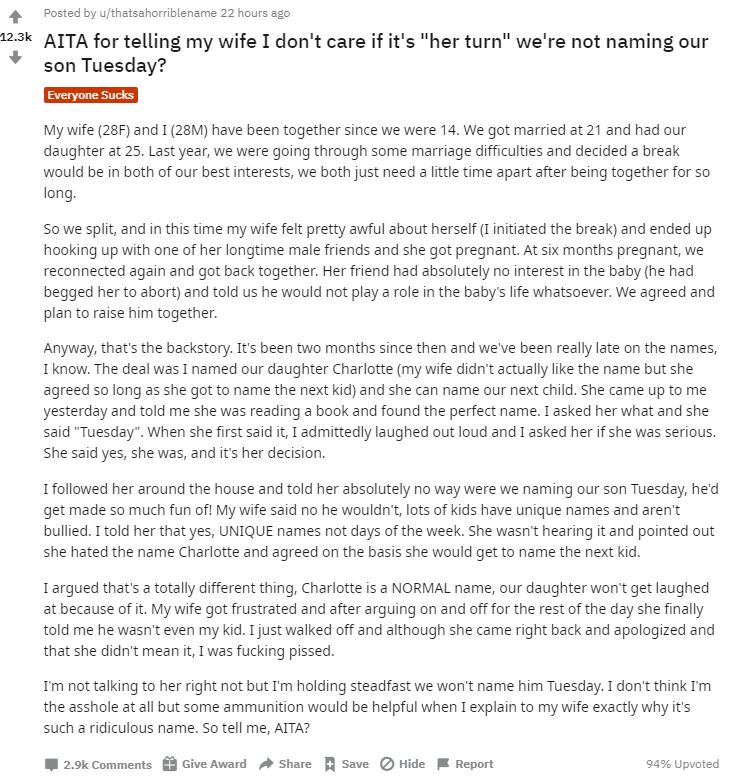 Okay, let’s see if we can unravel this a bit.

Have I forgotten anything here?

This man is ready to raise another man’s child with a woman that he clearly doesn’t like very much and all he’s concerned about right now is the name. Which, granted, is kinda dumb, but the least of his concerns.

This couple should have both agreed on their daughter’s name and both should agree on their new baby’s name. Coparenting means working together and communicating. Not seeking ammunition from the internet about why your wife is in the wrong.

These people need to grow up and get their shit together. Fast.

Oh, and to answer the question “Am I The Asshole?”

It was decided that “Everyone Sucks Here”. There are no winners in this scenario. And the biggest losers here are the children, for having these people as parents.