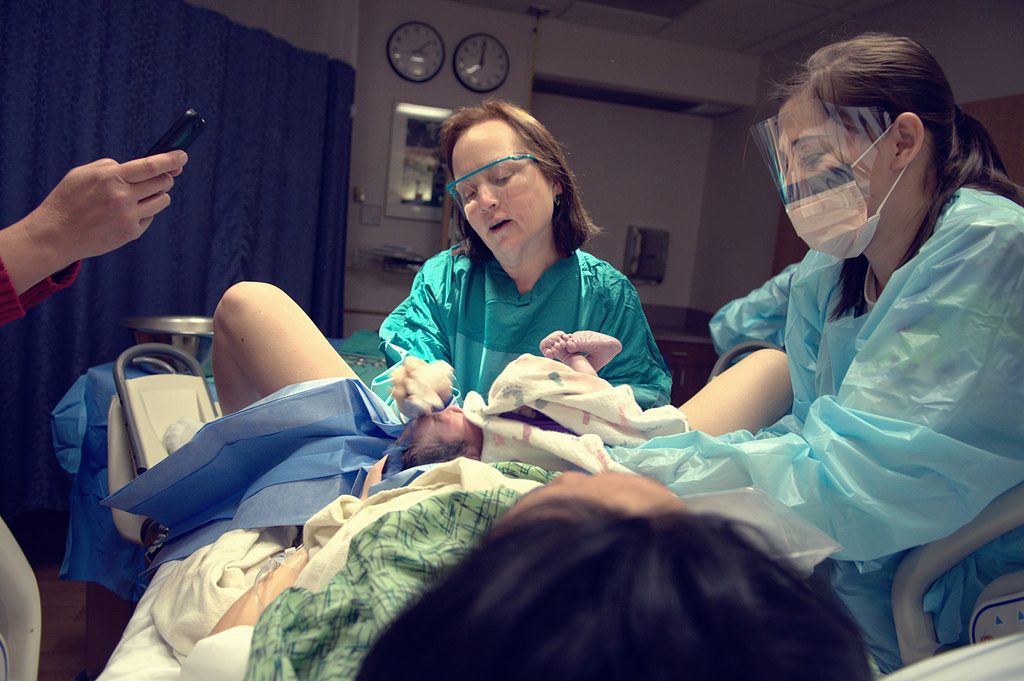 Many first-time mums aren’t really prepared for the realities of actually giving birth. No experience even comes close to birthing a whole nother human being from your nether regions! And books, blogs and magazines generally don’t get into the nitty-gritty details, leaving lots of us wishing we’d known more about what actually happens when we give birth.

Mums of Reddit were asked “what’s something no one told you about giving birth and wish you had known?”, and their answers were enlightening, to say the least!

👶 Apparently some doctors are really excited when they see a good placenta. Well, a compliment is a compliment, I guess. ~ P8II

👶 How…..wet everything can get. If your water breaks and you have a slow leak… there’ll be fluid at home, in the car, in the waiting/triage area, in your room, in the hallway, in the bathroom. Combined with all the blood loss and peeing yourself, and it’s almost like a slip-n-slide trying to get around. ~ cheddarchexchick

👶 Being awake during your c section and you feel all the tugging and pulling inside you. ~ Olive09

👶 A lot of women throw up! I have a vomit phobia and was not aware of this until about a month before I was due. Luckily there are drugs you can take that help (I managed to avoid throwing up with a lot of drugs).

Also the pain wasn’t as gradual as I was expecting. I went from “this is fine” to “this is not fine make it stop” in maybe half an hour. But then you have to wait before they can get you set up with an epidural, so it’s hard to avoid that “not okay” period entirely. ~leasaur

👶 Your uterus continues to contract after delivery to get back down to pre-prego size. It’s pretty painful, worse than menstrual cramps. And breastfeeding really kicks the contractions into high gear. ~ CowCamp

👶 It hurts to pee afterwards, but if you lean forward on the toilet then the pee goes away from the most painful areas. Also try and time your pain relief around trips to the toilet or other strenuous activities. ~ irisaura

👶 Your vagina is going to look like a nightmare after. Don’t look at it or touch it, put ice packs and medicine on it but don’t investigate. I repeat: DO NOT INVESTIGATE. You’ll just keep yourself up at night fretting over what happens if it never goes back to normal. But if you do choose to look know that it won’t look like your labia just lost the title fight forever. ~ Iristhevirus217

👶 That you have the worst month long period of your life after giving birth. I read books, took childbirth classes and had no idea. Not a nice surprise. ~ Sidekickgirl75

👶 Sometimes there are no contractions. If you have back labour, it’s just ohmygodmyinsideswantokillme extreme pain for several hours, instead of getting a little break between the contractions. That was sure swell to experience. ~ cassanthrax

👶 Random strangers were going to be feeling me up, from the inside to see how dilated I was. Every couple hours. After a while you stop caring. ~ Buffalocookiebutter

👶 That the baby would look like a little old man, and that I might not feel emotionally attached right away. ~ Quitemoose

👶 Prepare for more shit/blood/bodily fluids than you’ve ever seen your life. ~ crocodiletears

Did you not know any of these things when you experienced childbirth for the first time? What would you add to this list for mums-to-be?