Parents who lost their son to whooping cough start campaign against anti-vaccination families. 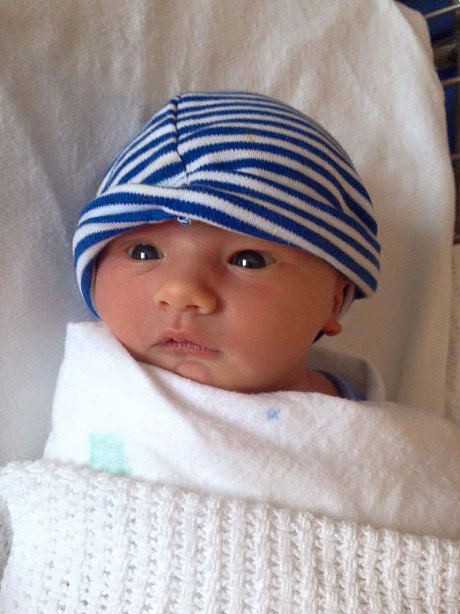 A mother and father who recently lost their 4-week-old son to whooping cough are rallying against anti-vaccination parents – urging them to look at their son and ask themselves how immunization can be so bad.

Catherine and Greg Hughes posted a tribute to their son on Facebook with the message that saw more than 46,000 likes and support from around the world.

Riley was 32-days-old when he died in his parents arms in Perth last Tuesday.

Two days before he died, his parents each wrote an appeal urging people to vaccinate themselves and their children against whooping cough which they posted alongside a picture of Riley.

“If you’re anti-immunisation/anti-logic/anti-duty of care to your society as a whole, then feel free to take a look at this picture of my son in hospital right now at 4 weeks old with whooping cough — and then come and tell me how you think immunisation is a bad thing,” Mr Hughes wrote.

Riley was too young to have received a vaccination against the disease in the families home state of Western Australia, where immunisations start from the age of two months.

On the Light for Riley Facebook page, Mr and Mrs Hughes have invited donations for treating whooping cough and preventable diseases.

You can visit the page here: https://www.facebook.com/lightforriley/timeline