Queensland Mum Gives Birth on the Side of the Road… Again! 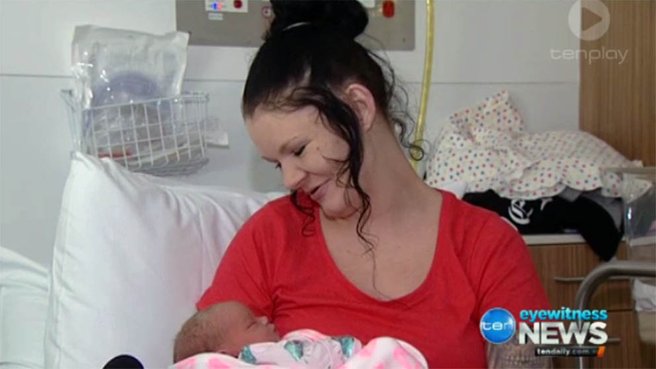 Queensland Mum Gives Birth on the Side of the Road… Again!

Yep, you read that correctly! A mum from Rockhampton in Queensland has given birth to her baby before she was able to make it to the hospital, for the second time.

Two years ago, Freya Stickens delivered her second daughter while her partner was out starting the car. Now, it has happened again!

The 25-year-old says that her water broke while she was doing the washing on Sunday night, and about an hour later she started having contractions pretty close together. Having been through this before, we’re sure she would have sprung into action, making sure her older children were well looked after before making the dash to the hospital.

Freya and her partner made it a little closer to the hospital this time around, with the couple making it three streets away from home when she gave birth to her third healthy baby girl inside an ambulance by the side of the road, assisted by a trainee crew.

“It was very overwhelming and dramatic and the street saw a bit of the commotion,” the mum of three said, adding she couldn’t believe that it was all happening again.

Freya praised the trainee paramedics on their first delivery but admitted that she might have to leave for the hospital a bit earlier next time.

“Definitely the next one will be – we’ll come to the hospital a bit sooner I think – try and get here a bit quicker,” she said.

Although baby Azahlee arrived a week earlier than her due date, it can’t hurt to be prepared for your delivery well in advance. Some things to think about are: