Mother Hits Back After Photo Of Her Baby Sleeping On The Ground Goes Viral!

Picture this scenario for a moment. You’re a mum travelling alone with your newborn when suddenly you find yourself stuck between airports for over 20 hours due to flight delays! You’re tired, hungry and stressed but manage to keep it all together because there really is no other choice.

You look after your baby while navigating your way through terminals and baggage carousels while trying not to lose your shit. During those 20 hours you’ve probably had to do nappy changes, feeds and resettling of your newborn in a fluorescent lit airport that is a hell hole for anyone that has to spend more than two hours there.

So when your baby finally nods off to sleep you place her safely on a blanket in front of you and grab your phone for a moment of peace.

Which is when a moron male passerby decides to take your photo and upload it to social media. Why? Because he’s a douchebag! 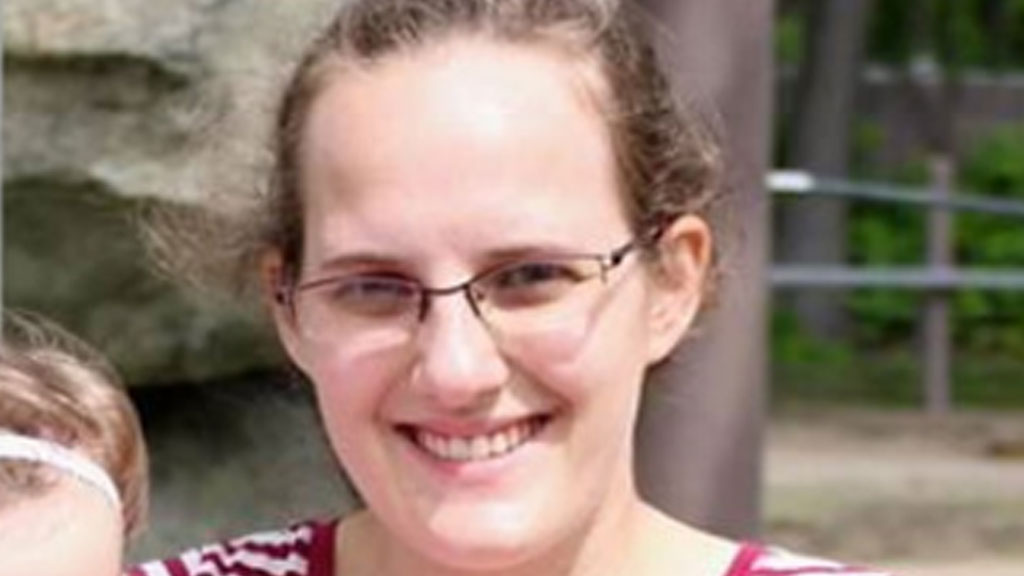 This is exactly what happened to mother Molly Lensing when a photo of her baby lying on the ground at a US airport terminal went viral. A fellow commuter posted a photo of her looking at her phone, while her two-month-old baby girl slept on a blanket at her feet.

One version of the photo uploaded to Facebook had the caption: “Albert Einstein said, ‘I fear the day that technology will take on our humanity … the world will be populated by a generation of idiots.'”

Poor Lensing felt the need to defend her actions after she was identified from the photo and began receiving hate letters in her inbox.  “We had the unfortunate luck of being stuck in the middle of the Delta computer shut-down,” Lensing said.

After spending more than 20 hours stuck in multiple airports with her newborn baby Anastasia, Lensing said she placed her briefly on the ground after having “held her or being in her carrier for many hours.” The photo of Molly Lensing and her baby Image: Facebook

“My arms were tired,” she said. “She needed to stretch and I had to communicate with all the family members wondering where the heck we were.”

It was during this moment that a male traveller took the photo without her knowledge, and the post quickly spread on social media.

Lensing felt her privacy had been compromised and feared that her job as a paediatric nurse would be in danger.

“I was terrified of my co-workers or boss seeing the photo and comments and believing that I should no longer work with infants. Thankfully, this never happened.”

Although many hateful comments were directed at Lensing there were an equal amount of supportive words from other mothers too.

“Have you ever had to spend hours travelling on a plane/waiting in a terminal with a young baby and nobody around to help out?”

“Maybe you could have offered to help her! Or hold the baby, instead of being a privacy violating creeper?”

Despite having her privacy compromised and her image splashed across the internet, the mum has remained positive and says those close to her “know the real her.”

“I am powerless compared to the internet,” she said. “I know that I am the best momma to my girls and I know that I cherish them and am raising them the best I can.”

What a disgusting thing this male passerby did? He took a snapshot from someone’s life and proceeded to post it in hopes it would make others judge this poor mother the same way he did. Have we learnt nothing from social media? That we cannot look at a photo and make assumptions about someone’s life? It goes both ways. People posting happy snaps on Instagram are not necessarily happy. The world of social media is a heavily edited and distorted one. When we are in control of what we share others only see our edited selves. It’s usually pictures of us smiling and happy with our children. Everything is a picture of perfection- for that split second. Smiles dissolve and chaos ensues once that phone lens comes down!

The same can be said when a candid photo is taken of you without your knowledge. Take this mother for example. If that had been me stuck with a newborn for 20 hours in an airport I guarantee you I would have had a huge glass of wine in my hand and would be rocking back and forth sobbing. The fact that a mother was on her phone while her baby sleeps is no-one’s business. She doesn’t have to justify her actions to anyone. She could be on Facebook or playing Candy Crush or bloody taking selfies if she wanted to! It doesn’t matter! Judging someone (especially a mother alone at an airport with a newborn) says more about you than it does them. If that passerby was a real man he would’ve gone up to this poor mum with a cup of coffee and a kind word for her rather than setting her up for judgement! The end!