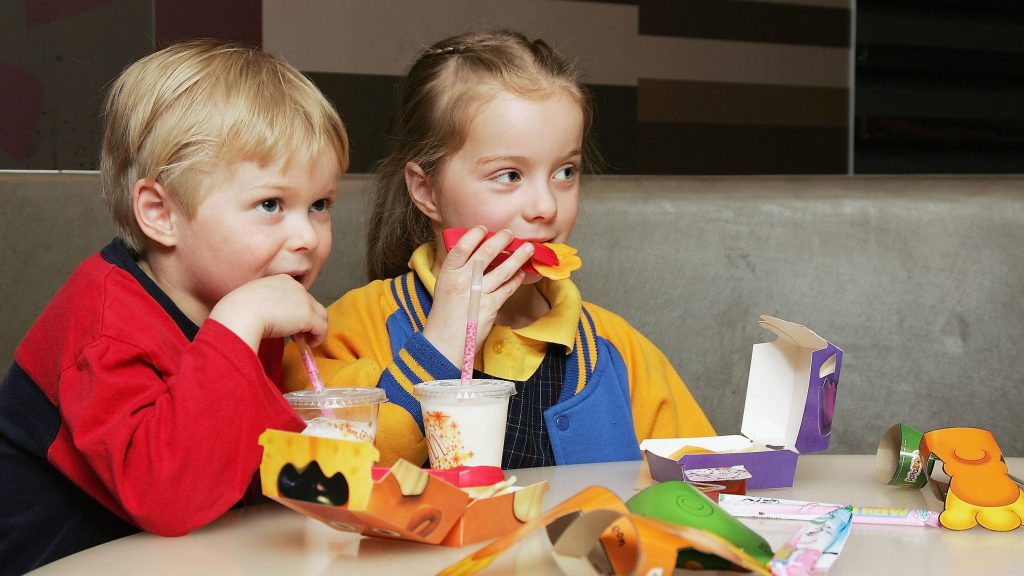 An angry mother is demanding AU$800 in damages and has threatened to sue her teenage babysitter after she discovered her vegetarian children eating a McDonalds Happy Meal containing chicken nuggets.

The 19-year-old babysitter had bought the Happy Meals for her two charges, aged seven and nine, after they were well behaved during their time together. At no point did the mother explain that her entire family were strict vegetarians.

Checking in with Reddit to see if she was in the wrong for treating the children, the young babysitter explained what had happened. 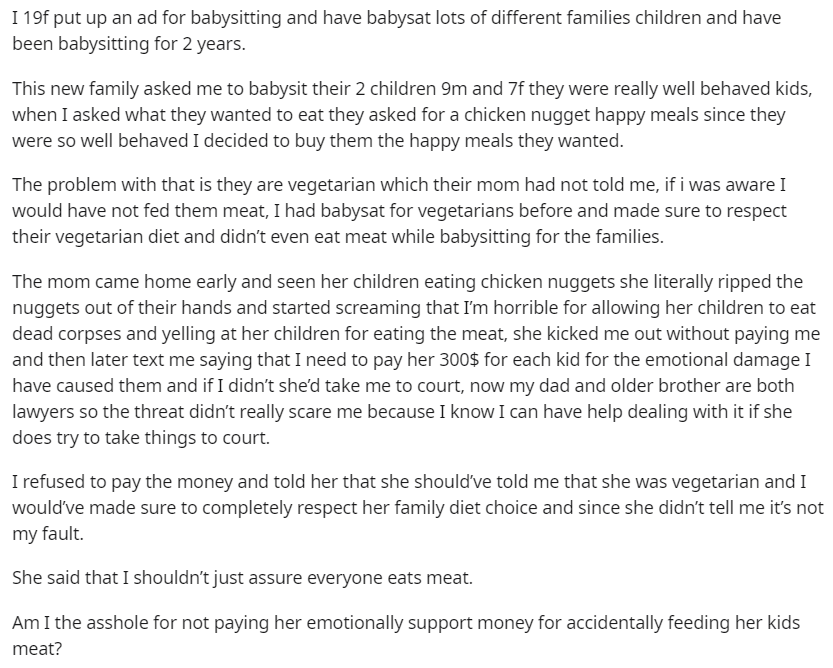 Well, that is just a little bit ridiculous, we have to say! How was the babysitter supposed to know that this mum’s family didn’t eat meat if she didn’t tell her? Also, the children are old enough to speak up as well!

The onus is entirely upon the mother to explain any dietary requirements her family has. What if one of the children had a peanut allergy? Would she defend herself by saying that people shouldn’t just assume that not everyone eats peanuts? While her child goes into anaphylactic shock?

If something is important enough to you that you are willing to cause such an unholy fuss, then it should have been communicated from the very beginning.

Come on. What child wouldn’t step over their own mother’s irate body to get hold of a chicken nugget? Especially one deprived of them at home.

“Obviously, the kids already had eaten chicken nuggets at least once, otherwise they wouldn’t have asked for them. Which makes the “emotional damage” claim even more ridiculous,” wrote one punter in response.

“That’s immediately what I thought. Why would two kids, raised as vegetarians, even know to ask for chicken nugget happy meals?” agreed another.

“These kids were 7 and 9, totally old enough to know their own dietary restrictions, and know that they don’t like them, and that other people will buy them meat if they ask. Mum is just being controlling (and emotionally abusive? Based on her temper tantrum??)” added a third.

This babysitter should have her family contact the mother about her lost wages instead of worrying about the ridiculous claim of compensation. And the mother needs to pull her head in.