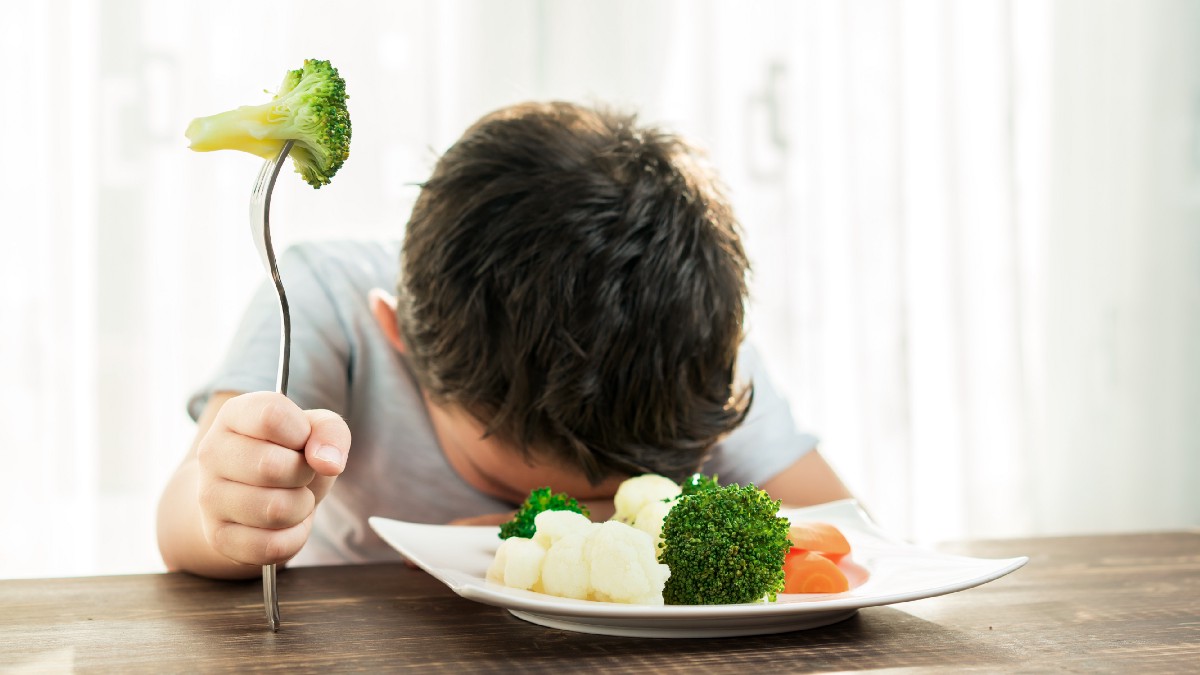 Every child must have protested over having to eat a dinner that they didn’t like at some point, we’re sure of it! We get it, there’s nothing worse than having to politely eat something that you hate the flavour or texture of without gagging, especially if you’re hungry and someone that you love made it for you.

One parent shared the delightfully diplomatic way her child has been explaining how little he likes his meals after being told not to use the word “gross”.

having been told that it’s rude to call dinner “gross,” our 4yo is finding increasingly creative ways to express himself

“this tastes…….unlucky to me”
“this sends my mouth into outer space. (that’s bad)”
“cauliflower is”–[pinches fingers together]–“this much delicious”

You have to give him full points for creativity and tact, that’s for sure!

Other parents responded with the things their own children have said when they didn’t like their meals, and each one is funnier than the last.

My 6 year old recently came at me with “Dad, I love you more than anything, but I unlove this food the same amount.”

I taught my 3 yo to say “I haven’t learned to like this yet” but usually first he says “WOW, this is REALLY not for me” 😂

I will never forget the face of our 4-year-old, when his Dad, irritated, told him to at least taste his food properly, and he tasted it and replied, with absolutely fake enthusiasm:
“Oh, wow, how lucky I am.” pic.twitter.com/i9PF7efbc1

My 9yo daughter says that tomatoes taste like “childhood sadness” and that zucchini is just “depressed cucumber”. Anything she doesn’t like “makes her tastebuds cry.”

Also she feels that pineapple on pizza “is just pushing the boundaries of good taste”.

Once I tried a new recipe when mine was 3 or 4. He didn’t say anything bad about it, just continuously told me throughout dinner to never make it again.

Four year old grandson: I feel sorry for mushrooms. They mean well but no-one likes them.

My favorite backhanded compliment was my son telling me I’m an excellent cook; I just don’t cook food that people like to eat

After asking our 7yo not to express distaste in front of the easily-influenced 3yo, she now says, “This tastes good, but I would prefer not to have any more.” Only we know that is the darkest shade.

My boychild (around 4/5 at the time) once came home raving about having eaten pancakes. I didn’t know he liked them and excitedly made him some the next day. He looked at them and said ‘not all pancakes are the same are they mummy?’

Mine has always thanked me for cooking dinner. He is 12 and still does every evening. When he was about 8 he told me how that was NOT his favorite recipe, but he still appreciated my effort. 🤣

I remember my kid around this age saying that broccoli did not have as strong a desire to be eaten as, say, mac & cheese, and the apples I had just given him “tasted like sadness”

Toast is ‘too spicy’ for my kid (he’s 13!) 🤦‍♀️ My 16yo daughter thinks sparkling water tastes like TV static so I have at least one creative type.

My kid said tonight “I miss when dinner would be like randomly good. I haven’t been feeling it for a while now.”

Kids are something else, man.

My 3-year-old mostly says, “I don’t care for it,” but tonight she came strong with, “We have black muffins at school. They taste like a spoonful of ghosts,” this evening. Honestly unclear whether that’s a yay or nay on the muffins.

“Would it hurt your feelings if I told you this soup tastes like vomit?” he was maybe 7

Bahahahaha! Kids are great. When you’re not cooking for them, anyway!