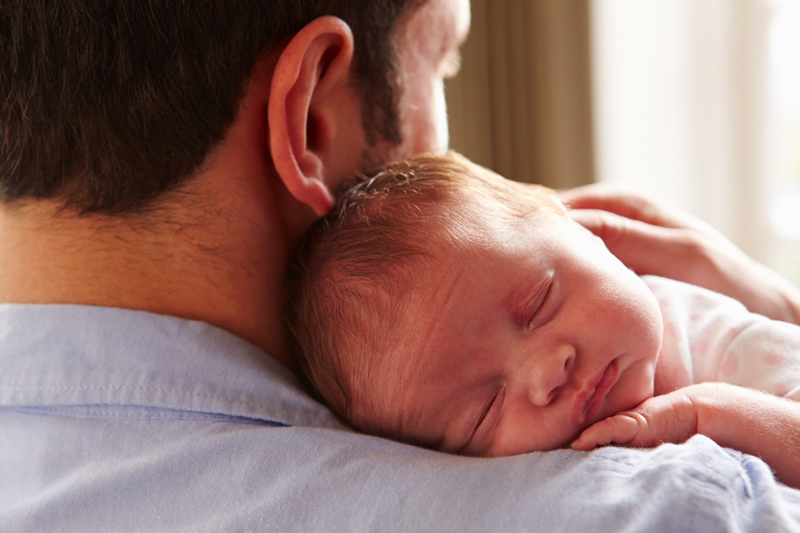 After agreeing on a first and middle name for their child, a new father has gone ahead and changed the spelling of his newborn son’s name shortly after his birth, completely changing the pronunciation to a whole new name. Even worse, he was coerced into doing so by his mother while his wife was recovering from a C-Section, and then hid it from her for several months afterwards.

I feel angry just typing that.

The new mum wrote into “Care and Feeding,” Slate Magazine’s parenting advice column asking if she should discuss this with her mother in law with her husband or if he should handle it himself. 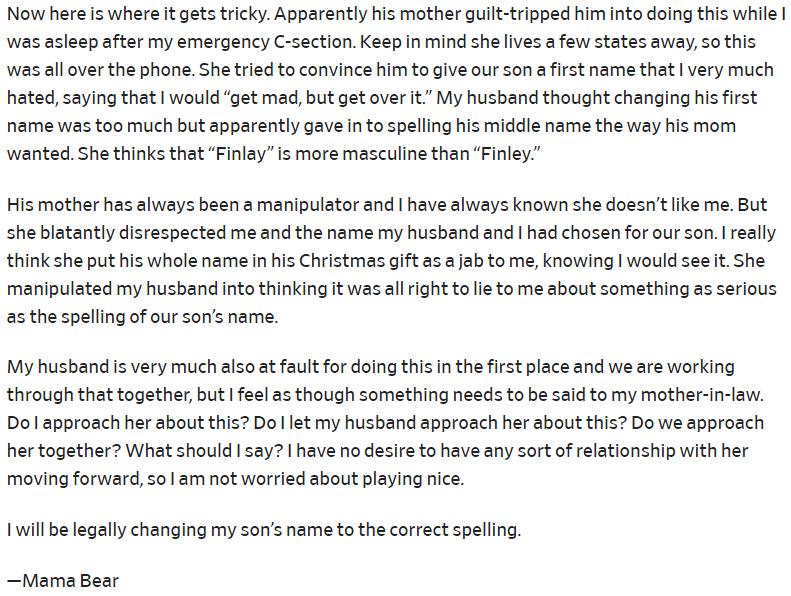 Ohhh hold me back, I’d be nuking this relationship with my mother in law from space and then scorching the earth. There is no coming back from this level of disrespect and manipulation.

The husband has a lot to answer for as well. This is a betrayal on a similar level to having an affair — he put another woman ahead of his wife during one of the most vulnerable times of her life. Even if that woman was his mother, he considered his mother’s opinion to be much more important than his wife’s.

It is good to hear that the couple have managed to work through his dishonesty and disloyalty but this would be a massive deal breaker for a lot of people, myself included. Any man who sides with his mother over his wife is divorce material, full stop.

What do you think? Could you come back from this?

You can read the response to Mama Bear’s post here.