We’ve all done it at some point — desperately driving our babies about in the hopes that they will either fall asleep or stay asleep. There’s just something about the gentle hum of a moving car that lulls our little ones off to the land of nod.

I’ve often wondered if anyone had noticed me driving around, looking frazzled and stressed, while my baby peacefully slept in the back completely unaware of what it might look like circling the block fifty times an hour. As it happens, people do notice. And sometimes, they call it in!

New Zealand mum Karina Missen left people in stitches after explaining how she was mistaken for a burglar scoping out the neighbourhood while driving her sleeping infant around recently. She shared a video on TikTok showing the screengrabs from concerned residents to the delight of parents everywhere.

@karina.missenWhen you’re trying to get your baby to sleep and your local community group is worried your scoping the place out 🤦🏼‍♀️ ##tellmeyoureamom ##momlife

In the Facebook post, a concerned resident asked: “This car has been circling on Capper Crescent 7 times in the past 10 mins…should I call the police?”

Other concerned neighbours chimed in, as one advised: “You could take your phone and show the people in the car driving past that you are recording them.”

“Yes, please. This car was doing the same thing yesterday. Perhaps go out to your letterbox and have a good look at them and get the plate number.

“Cops may as well check them out.”

Mortified Karina was forced to admit it was her, and reassure the neighbours that she wasn’t casing the joint. 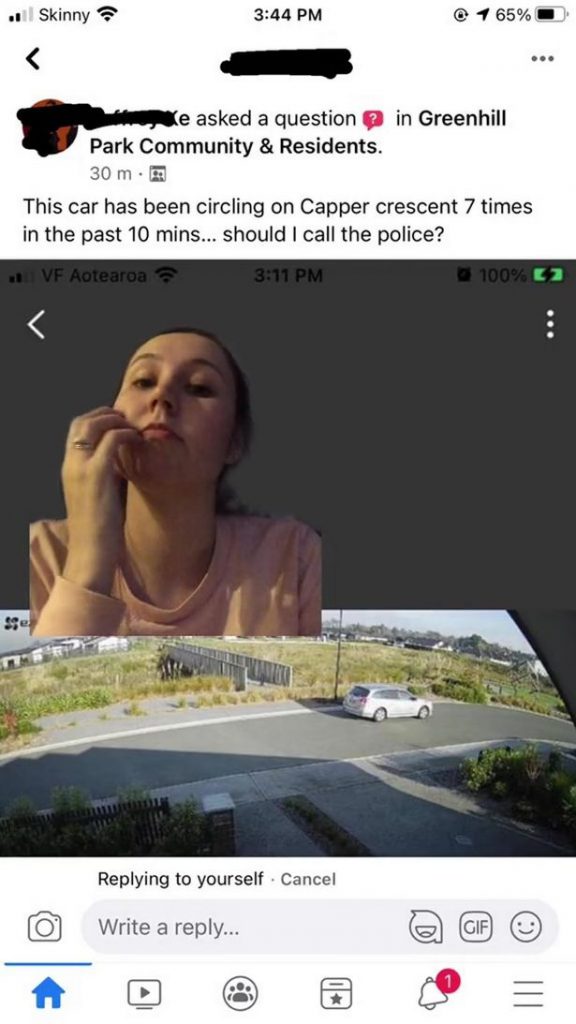 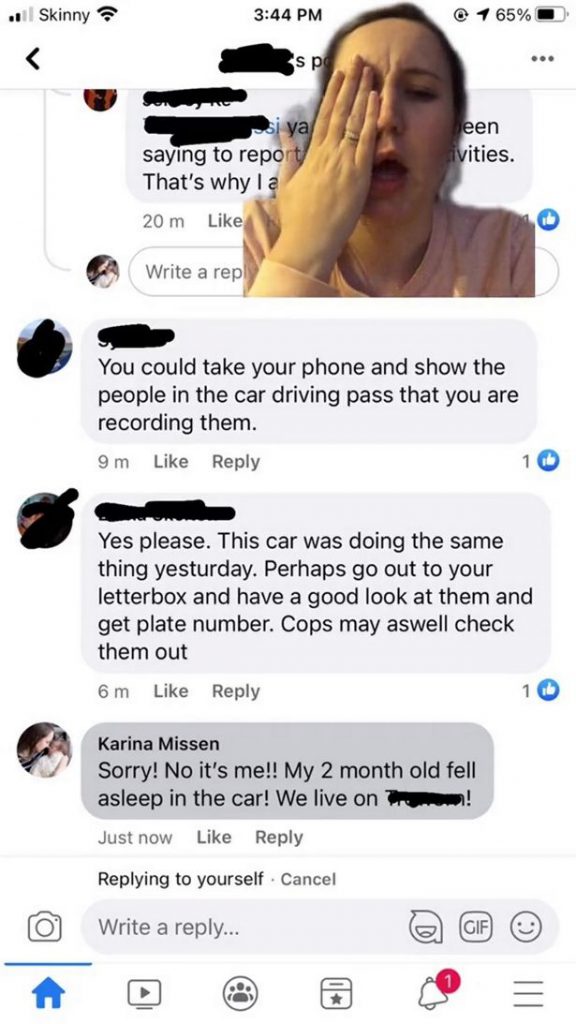 “I’d joked about it but had no idea my area’s neighbourhood watch was so active,” Karina wrote in the comments. “It’s reassuring really that people are watching, so funny!”

Many parents could totally relate to Karina’s predicament.

“I feel so bad for you. It’s so tough when they are little but this is hilarious,” one parent said, while a second added: “Hahaha! My partner does laps around the supermarket car park while I run in and grab things. He gets a lot of looks.”

Another said: “My dad used to drive me round for hours when I was a baby because I had chronic reflux and would only sleep in the car. This is so sweet.”