We’re all for a good hack that promises to make life just that little bit easier — especially one that could potentially be used to calm our little ones when they are upset.

UK nanny and mum of four Danielle Manton-Kelly recently shared a life-changing video of a simple technique to soothe babies claiming that it will put them to sleep in just seconds! Sounds a bit awesome so far!

She shared two short videos on TikTok so that other mothers could try it, saying she had never seen her baby boy looking so relaxed.

Danielle was shown a way to help her youngest child, William, digest his milk in a way makes him much more relaxed and comfortable. The technique was demonstrated by an infant osteopath named Lucy, and it consists of massaging your baby’s tummy, standing with the baby in your arms and gently moving their legs around.

Lucy said that this aids the baby’s digestion leaving him more comfortable, and shortly after she starts the baby can be seen smiling before appearing to doze off to sleep.

“What you see an awful lot of is people polishing their babies’ tummy, but that does absolutely nothing,” Lucy says in the video.

She holds baby William face down in her hands and moves his tiny body in a clockwise direction saying that this simulates movement.

She then continues: “If the tummy doesn’t have movement, then the milk gets a chance to sit and move too slowly through there, and then it can ferment and produce wind in their tummy and that then is painful. 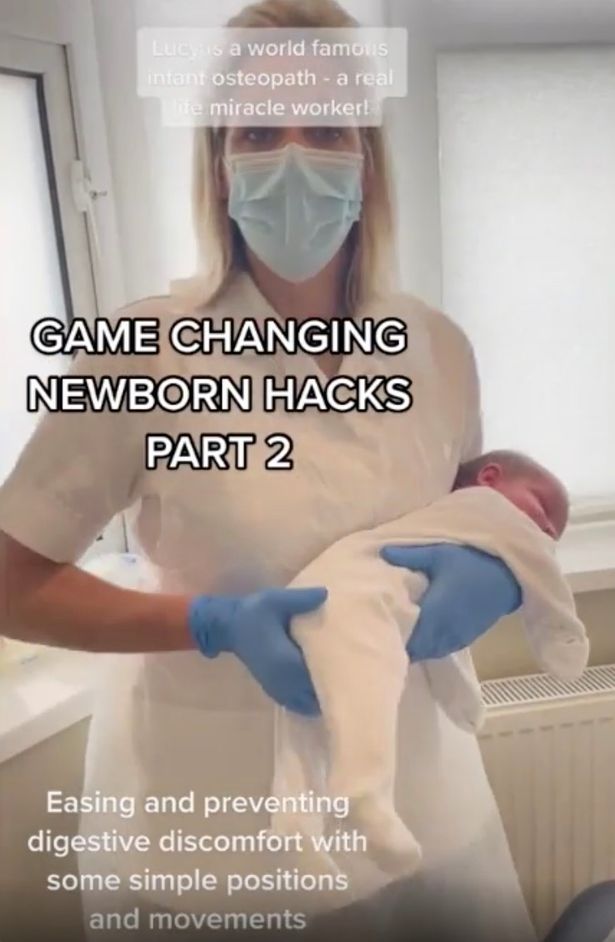 Danielle says “I’ve never seen him stretch out like that – that’s amazing!”

Since they were uploaded, the videos have been viewed almost two million times, garnering over 150,000 likes and around a thousand comments.

While a second hilariously added: “Can someone do this to me, please? I ain’t been relaxed for 28 years.”

This technique is similar to a burping method we shared recently which one mum called the “wiggle butt”.

Will you give this a try?