A newly pregnant woman has completely lost it at her husband after her pregnancy announcement failed to produce the delighted surprise she was hoping for.

In a classic ‘boy who cried wolf’ scenario, the woman had pranked her husband with fake pregnancy announcements twice before, once even filming his excited reaction to laugh at with her family later.

Posting to Reddit’s AITA community, the dad-to-be explained that he had seen red during his wife’s latest pregnancy announcement and stormed out of a family dinner not realising that this time she was telling the truth. Now his wife is upset that their special moment was ruined and holds him accountable!

No way, lady. You brought this on yourself!

The husband explained that he and his wife (M30 and F26, old enough to know better) had been struggling to conceive over the past nine months and that it was beginning to stress him out. 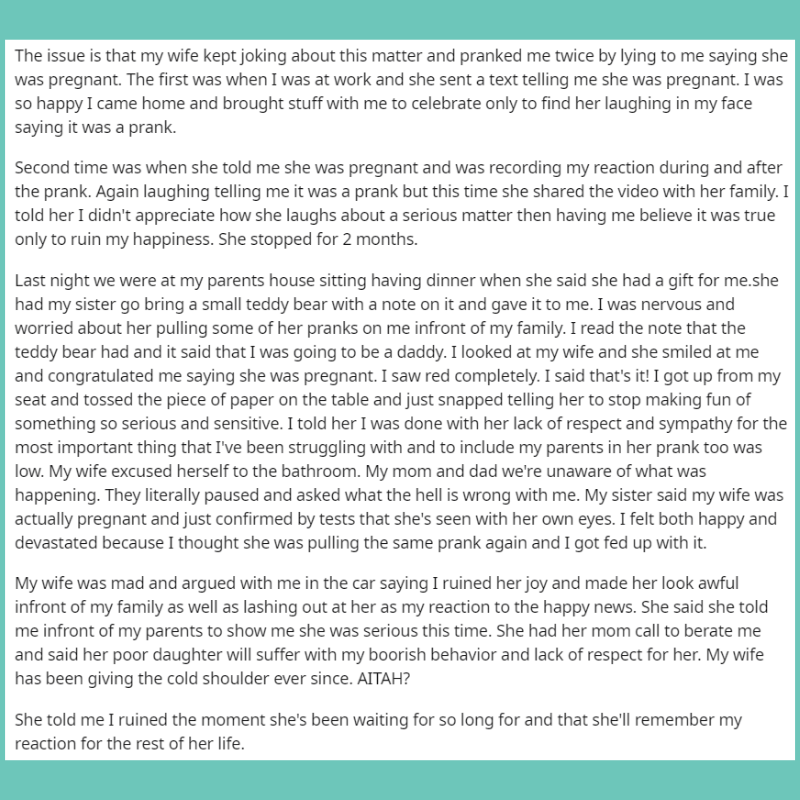 What is that expression? Play stupid games, win stupid prizes?

It is never okay to play pranks about pregnancy. All those April Fools Day jokes where people make fake pregnancy announcements — not okay. But pranking your husband when you are both struggling to conceive? Super not okay. What on earth was she expecting to happen at this dinner? 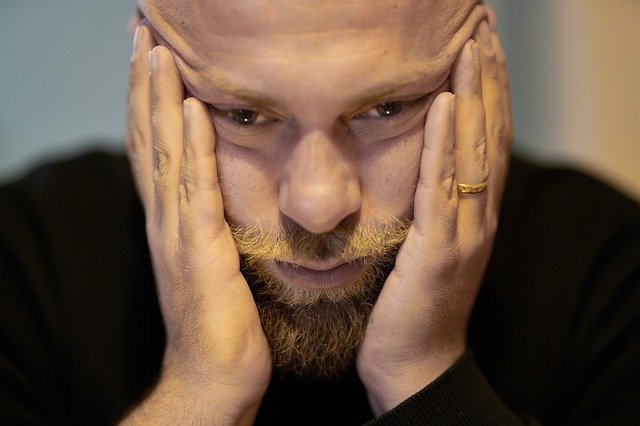 Commenters on the post were quick to condemn the woman for her actions.

“Perhaps remind her that she already has the reaction she was hoping for on video from the second prank. Ask her to share that with your family like she did with her own,” quipped one Redditor.

“She’s arguing he ruined the moment for her. But she’s ruined this moment for him- thrice now because the first two were pranks and the last was untrustworthy thanks to her history,” added another.

This commenter was very direct in their advice: “Prank her with a fake set of divorce papers and fake legal demand for a DNA test. Then have them turn out to be real.”

This silly woman doesn’t get to be angry at her poor husband for his reaction. This is ALL on her.

What do you think?