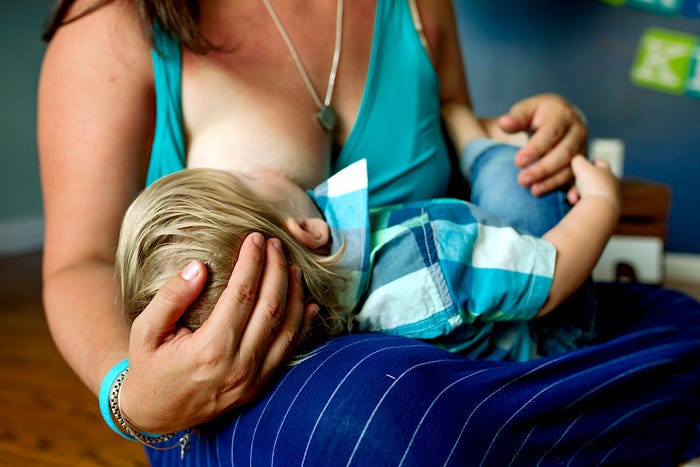 You would think that you can do anything you like in the privacy of your own home, but apparently not.

A young mum has been shamed by her ex-mother in law and ex-sister in law after they barged into her home while she was breastfeeding her three-week-old baby and a sick toddler.

After she was sent a barrage of angry text messages from her ex, his family, and even her own parents, the woman sought advice from the internet to find out if she was in the wrong for daring to breastfeed as she answered her front door. 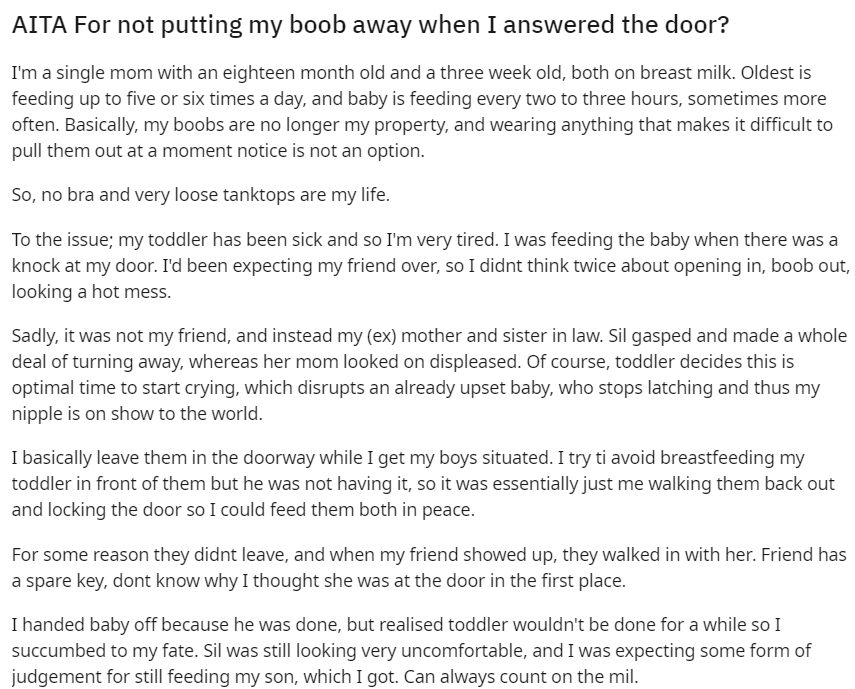 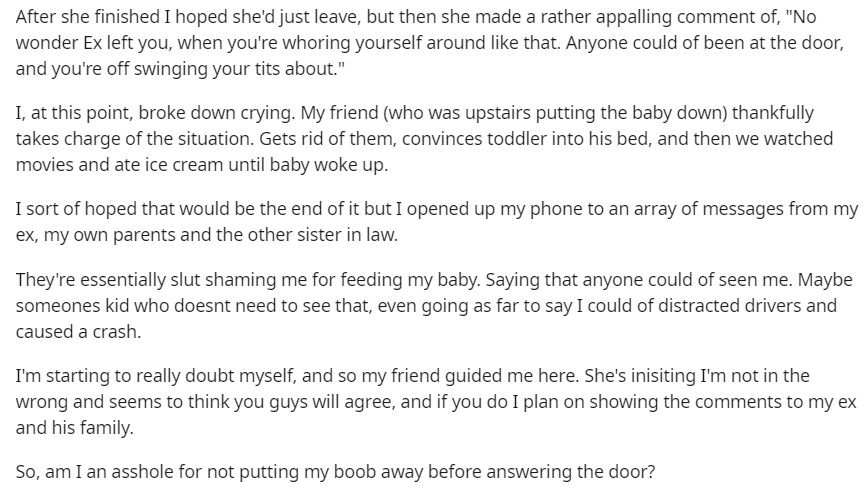 How awfully sad that this mum was made to question her own decisions regarding breastfeeding her children in her own home. Her infant is just three weeks old! Of course, she would be breastfeeding him around the clock and adding a sick toddler to the mix would definitely make wearing lots of layers ridiculous!

How dare these people stomp into her home and criticise her when she is doing all she can to cope! Besides, if her breastfeeding was so awful, why did they stick around and watch?

As the mother replied to the comments, it came about that the father of the children abandoned her when she discovered she was pregnant with her second child. He wants nothing to do with their children, but his family still want to see them.

Redditors were quick to recommend no contact with her ex-partner’s family as she doesn’t have to allow them visits with her babies.

Exactly! These toxic people cannot barge into a new mum’s home and call her a whore for breastfeeding her child and then expect visitation rights! We hope this mum finds the strength to put a stop to this dreadful behaviour before it hurts her and her children further.