Police Officer Praised for Breastfeeding Malnourished Baby While on Duty

An on-duty police officer was snapped breastfeeding a malnourished child whose mother was undergoing treatment in a hospital, prompting much acclaim.

The images of an Argentinian policewoman nursing the baby have resurfaced four years after a colleague photographed the fraught moment, with many people praising her for her selfless act of love.

Officer Celeste Jaqueline Ayala was working guard duty at the Sor Maria Ludovica children’s hospital in Buenos Aires when a neglected baby was brought in, crying inconsolably and suffering from malnutrition. 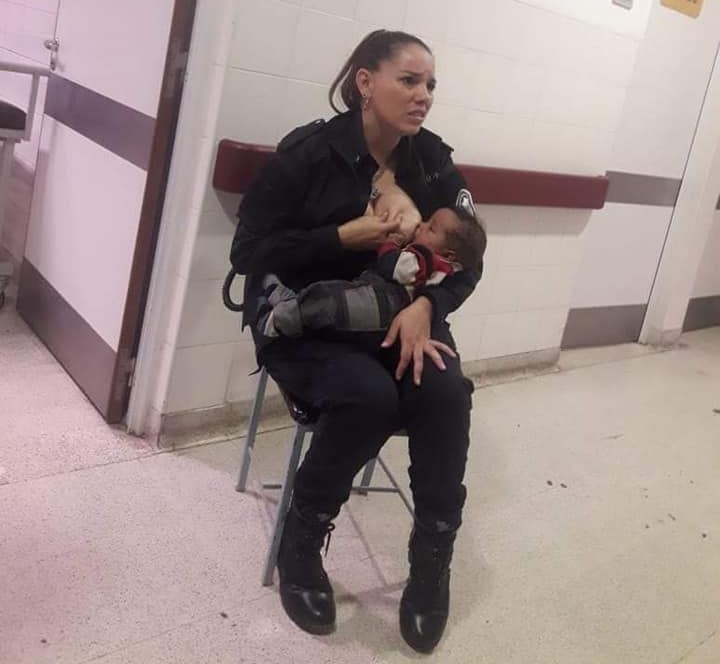 Ayala, the mother of a one-year-old and four-month-old girl, immediately asked to hold the baby, who hospital staff said was “smelly and dirty.” She nursed him while in full uniform and on an uncomfortable-looking chair until the seven-month-old fell asleep in her arms.

Witness Marcos Heredia took a photo of the compassionate act and posted it on Facebook, where it amassed thousands of likes and shares.

“I want to make public this great gesture of love that you had today with that little baby,” the post was translated from Spanish.

“Who without knowing you didn’t hesitate and for a moment you fulfilled how if you were his mother. You don’t care about filth and smell … things like that don’t [happen] every day.”

Ayala said she did not think twice about helping the baby in need.

“I noticed that he was hungry, as he was putting his hand into his mouth, so I asked to hug him and breastfeed him,” she explained.

“It was a sad moment, it broke my soul seeing him like this, society should be sensitive to the issues affecting children, it cannot keep happening.”

According to local media, the malnourished baby is the youngest of six siblings from a mother who is struggling to cope and in a desperate situation.

The fire brigade where Ayala volunteers in her spare time paid tribute to gesture on social media, saying: “We want to congratulate the voluntary firefighting cadet Celeste Ayala who yesterday in her job as police officer whilst she was on guard duty at the hospital, breastfed a young child who arrived crying.

“Actions like these fill us with pride and obligate us to redouble the effort, the work and the solidarity with our community.” 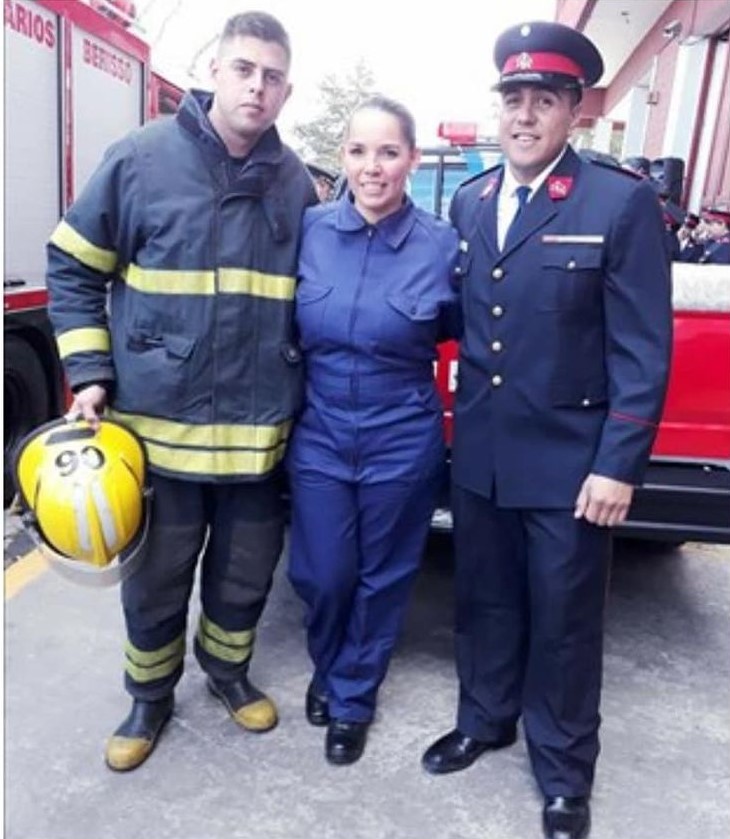 As one commenter put it, “She is the finest of what we are as people.”