This Stunning Photo Celebrates Mums, No Matter How They Feed

A Las Vegas photographer, Abbie Fox, has captured a photo of mums feeding their babies, any which way, to remind the world that ‘Fed is Best’ when it comes to the bottle vs. breastfeeding debate.

The mother of two made a shout out on her Facebook page, asking for mums to participate in a photo shoot feeding their babies. Fox only expected 10 to 15 mums to volunteer, but she had 38 women who wanted to participate in her creative project. The final number of mums in the photo is 21.

The women all wore dresses handmade by Fox or purchased from retailers with a similar design. The photo shows 21 mums feeding their babies – whether with a bottle or being breastfed. When the photo was uploaded to Facebook, many mums praised the shoot and had many positive comments. 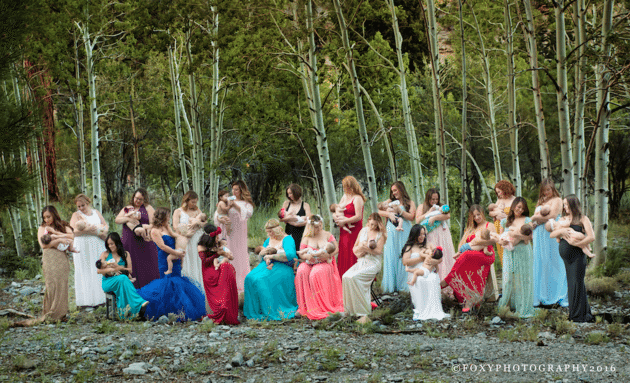 Many of the mums admitted to dealing with guilt and fear of being judged over how they fed their babies.

Which was the main drive for Fox’s project.

Fox has a 6-year-old son and 4-year-old daughter but had breastfeeding struggles with both of her children. When her son Maverick was born, he was an impatient eater and had a big appetite. Fox told The Huffington Post, “I couldn’t produce fast enough for him.” 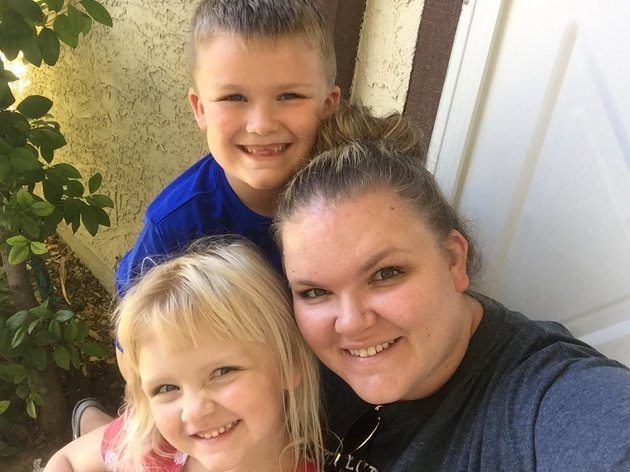 Abbie with her kids

After visiting specialists and still finding no answers or improvements, Fox would cry herself to sleep at night because she was stressed out at not being able to feed her baby properly. Her husband supported her decision to try formula to see if it would be less stress on the family and satisfy Maverick’s appetite.
“I had many people tell me things like, I didn’t try hard enough, or I must’ve been doing something wrong,” she recalled. “Or the worst was when people would tell me my child wouldn’t be as healthy as breastfed babies.”

Fox faced a lot of criticism over her decision to feed her son formula. 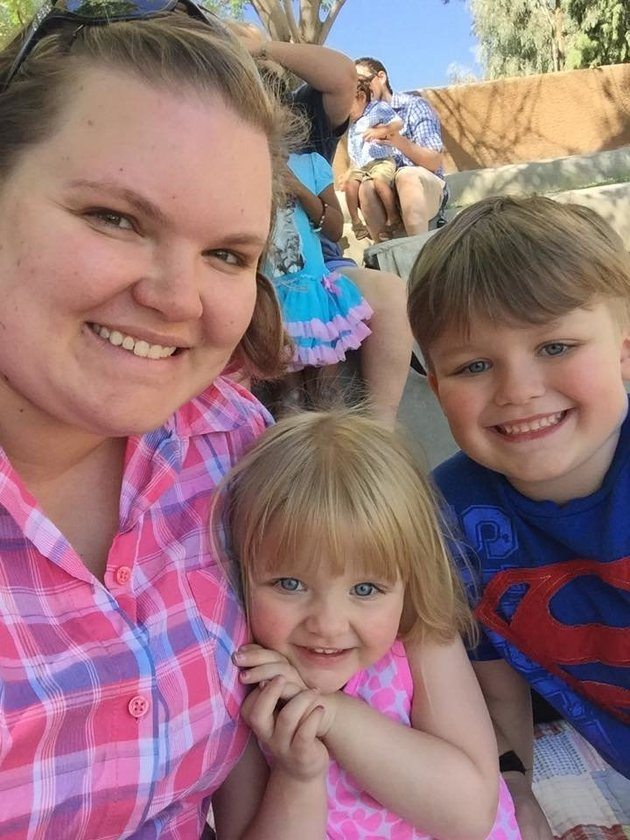 “I actually had so much mum guilt that when people would ask me if I was nursing I’d lie, and they would always respond ‘good, breastfed is best,’” she continued. “The worst part about all of this, was it was other moms telling me these things. The people whom I thought I could go to and ask questions and get advice, they were criticizing my choices.”

Fox gave birth to her daughter Georgia a couple of years later and she latched on instantly, but after three months of nursing, Fox’s milk supply depleted.

Supplements didn’t help the mum get her milk supply back.

“Being a second time mum I was much less worried about what other people said because I had kept a little boy alive and healthy for two and a half years, so I knew that I knew what was best for my kids.”

“I was very happy that I was able to bond with my daughter through nursing but was OK with the fact that formula was what we needed to do for her,” Fox added.

Fox has always been hesitant about sharing her breastfeeding struggles with others and when she saw that World Breastfeeding Week was coming up , she decided to use the emotions from her own experiences to empower other mums who have felt the same judgement and faced the same criticism.

The photo was to show a group of mums feeding their babies.

“But I also thought us bottle fed mamas are always left out,” she said. “Isn’t how we feed our children beautiful too?”

Fox believes in the importance of normalizing breastfeeding to new mums, but she also believes that mums shouldn’t be judged on the choices they make for their children – especially when it comes to feeding them.

“My thought behind this session was to remind the world that fed is best,” she said.

“Basically I just like to bring awareness to the fact that as mums we all struggle in many different ways, and through it all, we should be supportive to one another,” she told HuffPost. “The world needs to start accepting nursing in public more, and the mum community needs to start supporting each other’s parenting decisions more.”

She added, “As long as baby is happy, healthy, and taken care of that is all that matters.”