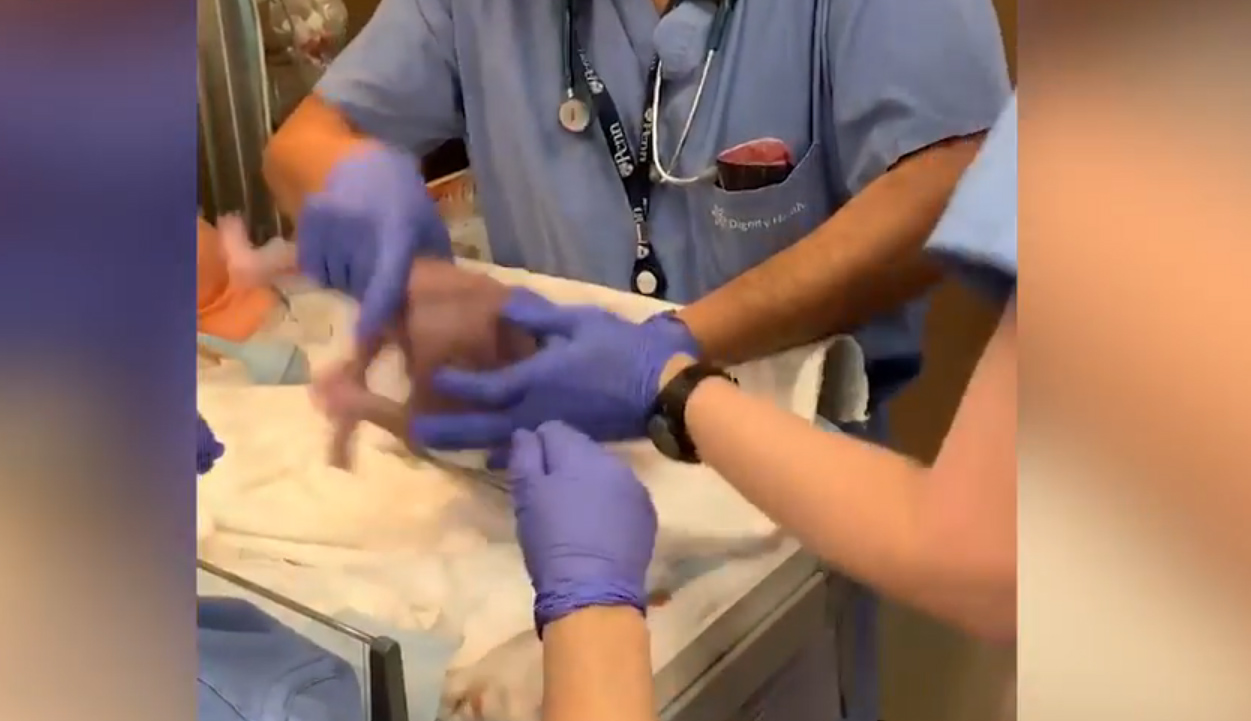 A couple in the US are speaking out by releasing a shocking video on social media after a doctor dropped one of their newborn twin daughters on her head shortly after she was born.

Father Derrick Rodgers was filming the moment that his newborn daughter accidentally slipped out of her doctor’s hands and onto a table in the operating room to the gasps of fellow healthcare staff.

Derrick was recording the video and captured the terrifying moment as it unfolded moments after his twin girls, Madison and Morgan, entered the world. In the video, Morgan is seen falling from a hospital employee’s hand onto a table below. Nurses and other staff members grabbed her to prevent her from falling from the table onto the floor. She is then handled roughly by the original doctor as he tends to her as though nothing happened.

Warning: the video may be upsetting to some viewers.

Derrick, along with his wife, Monique, decided to share the video on Facebook after feeling frustrated with the lack of answers from the Chandler Regional Medical Center in Arizona. They say they never even received an apology and were deliberately kept in the dark about some tests that revealed that their daughter Morgan was suffering from a brain hemorrhage. The couple were stunned to learn this information from a pediatrician working outside the hospital days after the incident.

Derrick says he later confronted the doctor inside of the NICU but says he had no response after he showed him the video.

“I told him, ‘You dropped my baby’ and he made it nonchalant and said it was an ‘almost fall,’ until I showed him the video,” Derrick explains. “He had no words to say. I don’t know if it was a guilty feeling, but of course, he didn’t want to incriminate himself by saying, ‘Yes, I did,’ so he said nothing.”

As they wait to get further answers about Morgan’s health, the couple said they are speaking out in hopes to prevent this from happening again.

“An apology goes a long way. Like a, ‘Hey, I do apologise, I feel for your family that we dropped your baby. How can we help out and relieve this situation or give you some kind of peace at mind? Can we do tests?’ Derrick says. “But none of that was said. It was all done behind our backs.” 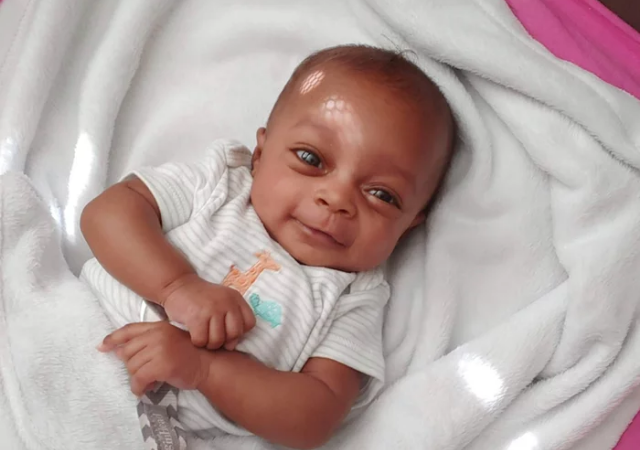 The dad says that he is not concerned with taking legal action against the hospital at this time, but they would like an explanation and a whole-hearted apology.

“The only thing we’re worried about right now is getting answers,” he says. “I want concrete evidence to know exactly where we’re gonna take this.”

“Monique just wanted to bring awareness with the video. It was a horrible experience, but it was more of an educational deal,” he adds. “We both feel like just an apology would have done such a tremendous better to us, as far as our feelings and our worries. We didn’t even get that.”