Student Accidentally Discovers The Notebook She’s Using at College, Was Also Used to Track Her Conception

Student Accidentally Discovers The Notebook She’s Using at College, Was Also Used to Track Her Conception

The significance of a notebook can only be valued in the eye of the user. But this story of the notebook has offered hope to couples around the world who are struggling with infertility.

When Hailey Weiss was getting organised for her sophomore year of college, she grabbed an old notebook from her parents’ home to use for study. When she opened the notebook, she realised it had been used for a special purpose.

The notebook had been used before Hailey was even born. Her parents Carrie and Jeff had used the notebook while they were facing infertility and were tracking gestation dates so they could start a family.

Hailey found a gestational calculator wheel in one of the pockets and a separate calendar for the years 1995 to 1997. Her mother had writing on various pockets that were labelled, ‘referrals’, ‘perscriptions’ and ‘questions’.

When Hailey discovered the purpose of the notebook, she text messaged her mum, Carrie.

“The notebook I’m using for college helped you guys keep track of creating me! (Pretty sure),” Hailey texted her mum and dad.

A flurry of text messages were exchanged between mum and daughter, before Carrie wrote, “You are my miracle.” 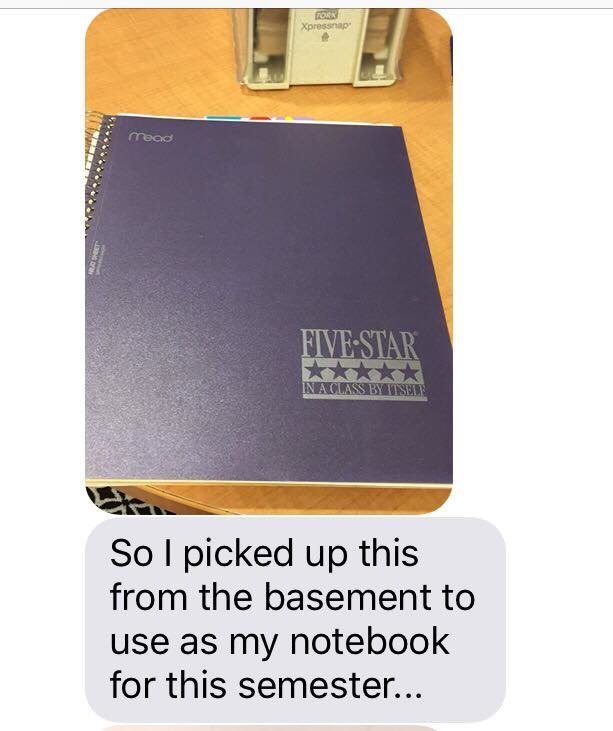 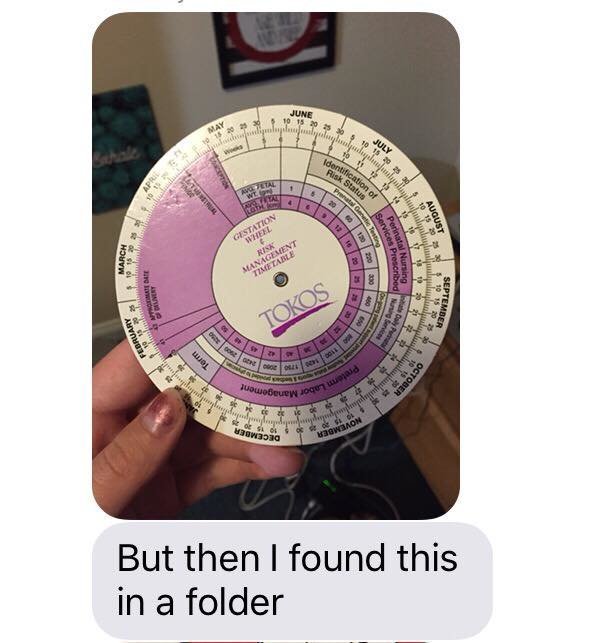 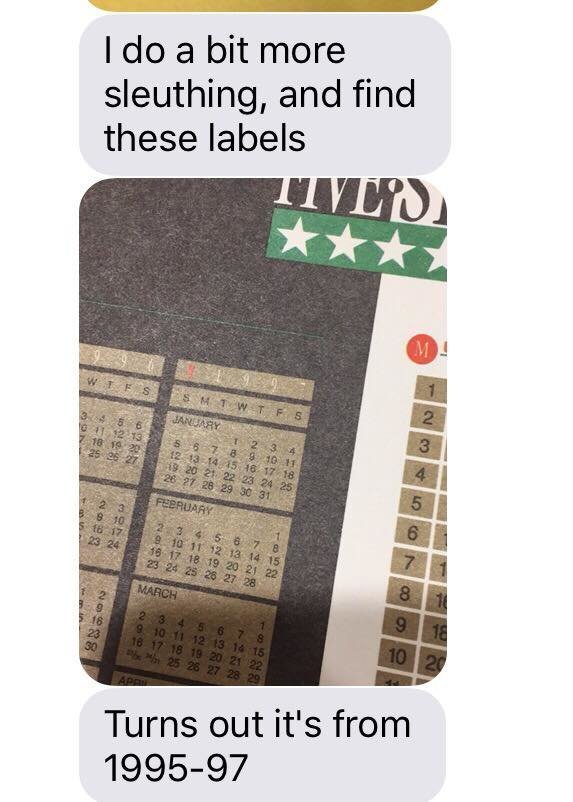 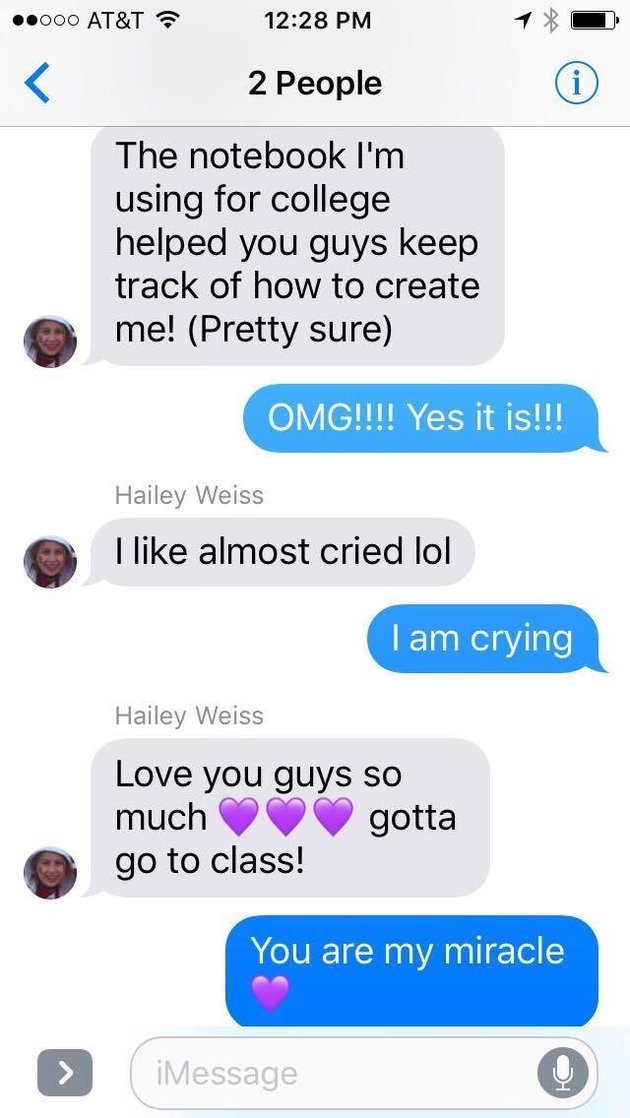 The Huffpost spoke with Carrie and she shared how she had cleaned out the notebook years ago and kept the important medical records and sentimental things in a family keepsake box. She had missed the gestational calculator wheel.

When Carrie and Jeff were facing their infertility battle, they turned to intrauterine insemination (IUI) and human chorionic gonadotropin (HCG) to start a family. They fell pregnant with Hailey, but when they tried the same strategies to add a sibling, Carrie was diagnosed with anxiety disorder and she and her husband agreed it was time to stop trying and adopt instead.

But a second miracle happened to Carrie when she and Jeff were about to put the adoption paperwork through, she found she was pregnant. 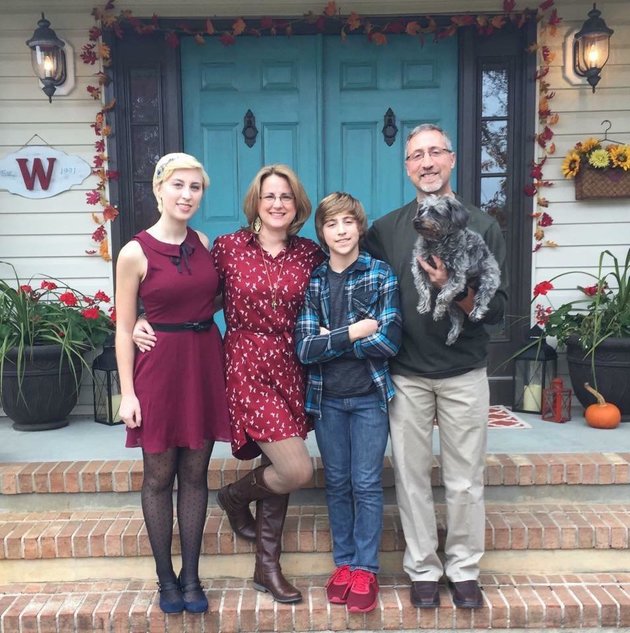 Carrie and Jeff with their family. Via Huffington Post

The text message exchange brought up memories of those times when she and her husband were trying to create a family.

She shared the text messages on the Facebook page Grown and Flown Parents.

The text messages have given hope to many parents struggling with infertility, but at the same time, commenters also offered support, sharing their struggles falling pregnant.

Carrie told HuffPost, “When we went through all that infertility stuff years ago we didn’t have Facebook and social media so you didn’t know how many people were going through the same thing.”

Her advice to couples who are having trouble falling pregnant is to never lose hope.

“I always just felt like whatever route it’s going to take I’m going to find my family,” she said. “And families come in all different shapes and sizes and forms, and I truly believe that if people pursue family for the sake of having a family that they will find it.”

The discovery of the notebook and sharing the text message exchange with her daughter has given her closure on her infertility experience.

“I’m kind of getting that closure that there were people going through what I was going through, and it wasn’t that different,” she said. “And to me, it just kind of put it all to rest, but I didn’t realize I really even needed it.”