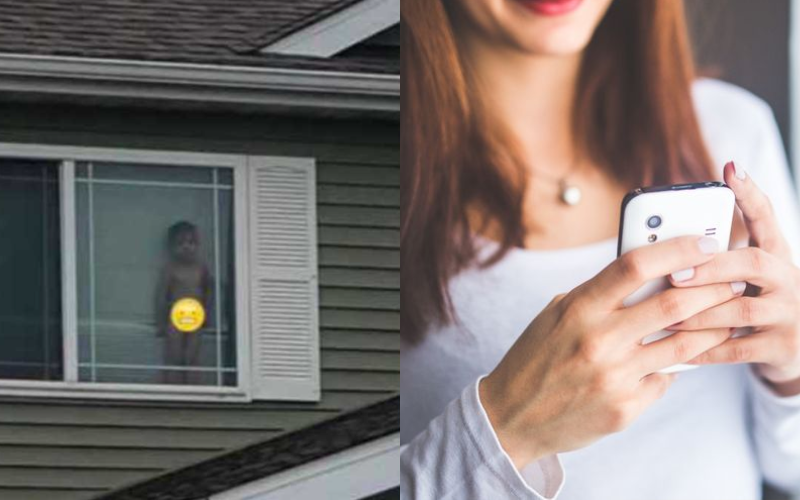 Every now and then, one of our kids will do something that makes you burst out laughing and swear to bring up at their 21st. And having your neighbour text you that your child is staring silently down on the neighbourhood from a two-storey window while completely naked is at the top of that list of embarrassing moments that are just asking to be shared!

Jeni Boysen, from Iowa in the US, was enjoying her day and minding her own business while her 2-year-old son Dax was happily watching Peppa Pig in the other room. You know, a normal afternoon routine, nothing out of the unusual.

It was then that she received a text from one of her neighbours. 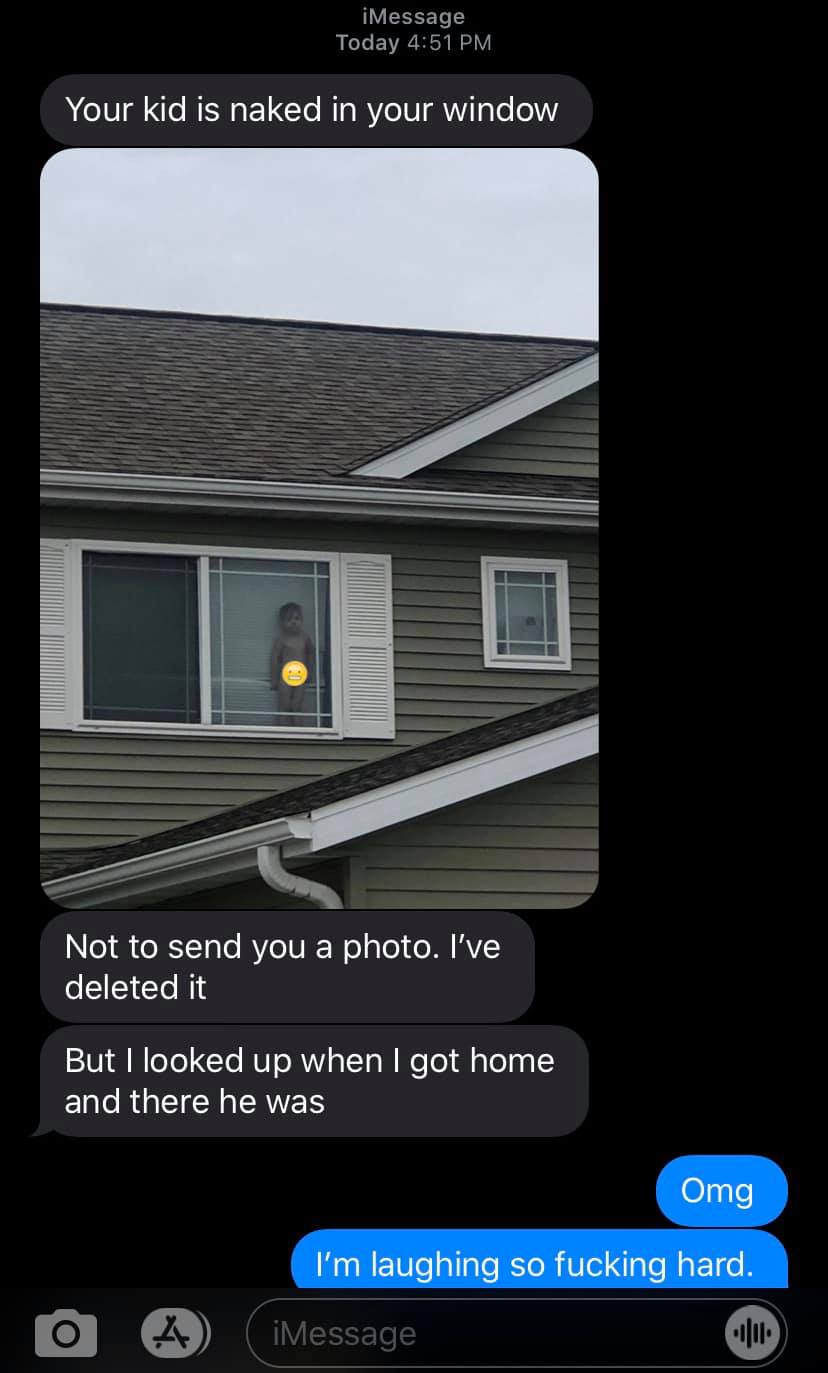 Can I just say how much I admire the choice of emoji to cover the lil dude’s privacy? It’s perfect. 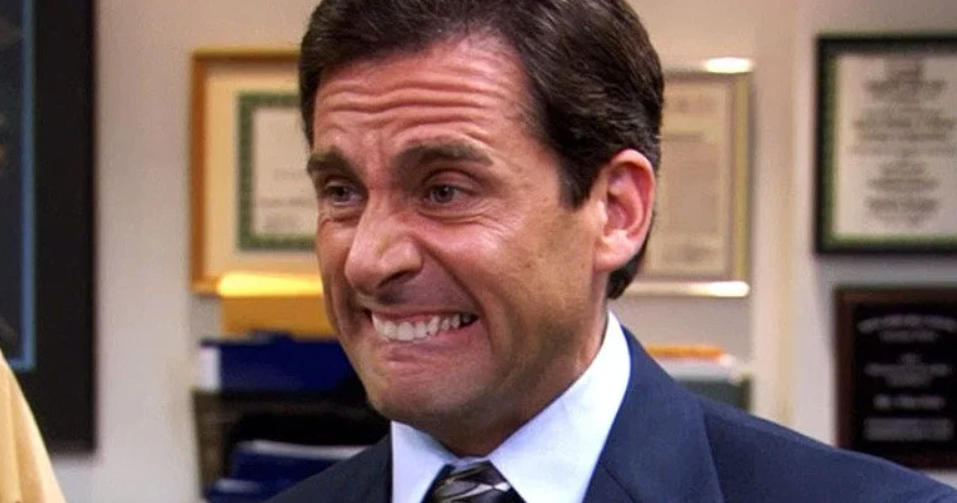 The boy’s mum was understandably shocked and appalled, but could not contain her laughter.

“Ya know. Sometimes you think you’re doing okay at life and then you get a message like this from a neighbour,” she later wrote on Facebook. “I just cried I laughed so hard. This is exactly the laughter I needed tonight.”

While this story happened nearly two years ago, it is just as hilarious as if it had been shared this week. And hey, things have been a little hectic over the last couple of years. It’s no surprise a lot of us missed it until now.

Many parents could see their own children doing something similar and shared their laughter and commiserations in the comments.

“The fact that your neighbour texted you this makes it 10x funnier. I would have seriously peed myself laughing,” wrote one person.

“LOL this is hilarious!!” wrote another. “Sounds like something one of my boys would do!!”

Hopefully, the now 4-year-old Dax has learnt to keep his gear on while he supervises the neighbourhood from his excellent vantage point.