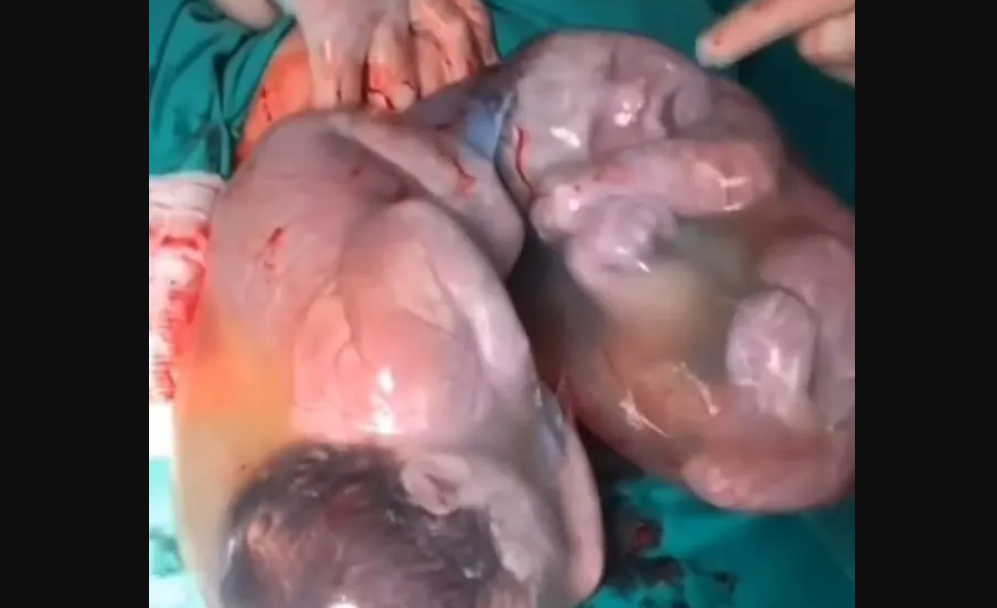 It is a birth that is usually as rare as one in an 80,000 event, but when twins were each born en caul (or still in their amniotic sacs) this counts for an even rarer phenomenon!

Designed to protect the unborn infants in the womb during gestation, the sac is filled with the amniotic fluid made by the fetus, protecting the fetus from injury and helping to regulate the temperature of the growing baby. Usually, this sac comes open during labour causing the mother’s “waters to break”.

During this birth, however, doctors had to gently break open the sacs themselves as seen in this amazing footage.

“In June, two twins were born to the world at Our Lady of Sorrow Hospital Maternity,” the Brazilian hospital announced on its Facebook page translated to English from Portuguese.

“However, this birth was different and special: the babies were born empelicated, that is, still inside the amniotic sac that protects the baby during pregnancy.

“The birth was performed by the gynecologist and obstetrician Dr. Emilio Garavini and the team of the Surgical Block of HNSD. On his social networks, the doctor reported that, at the moment of the uterus opening, he realized that it would be possible to give birth to an empelicado.

“What he didn’t imagine was that he could remove both embellished babies and still at the same time. Babies were born safe and healthy.

“This type of birth is very rare, occurring only once in every 80,000 births. According to popular belief, babies who are born with bad luck will be very lucky in life. So be it!”

There are many myths and beliefs surrounding en caul births, which are also called mermaid or veiled births. Some even believe that these babies will never drown as they are surrounded by water at birth. 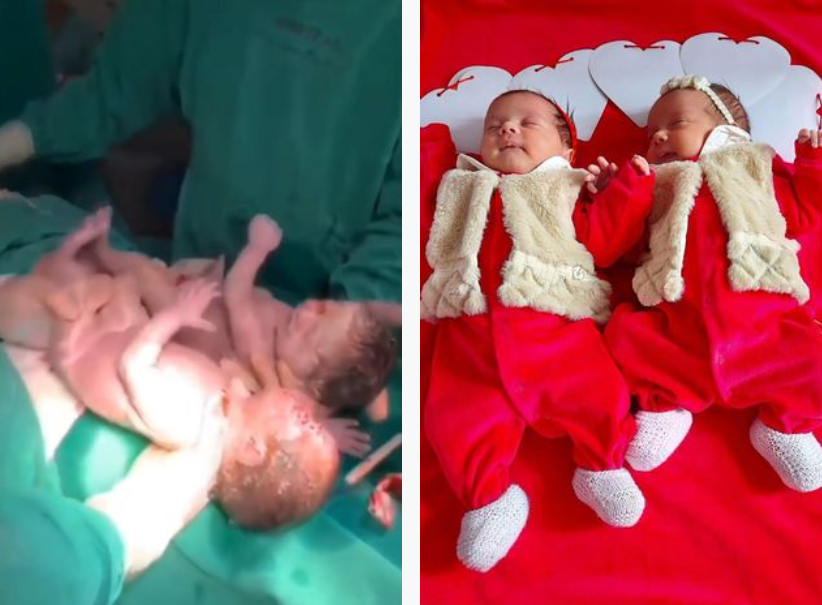 Welcome to the world little ones!