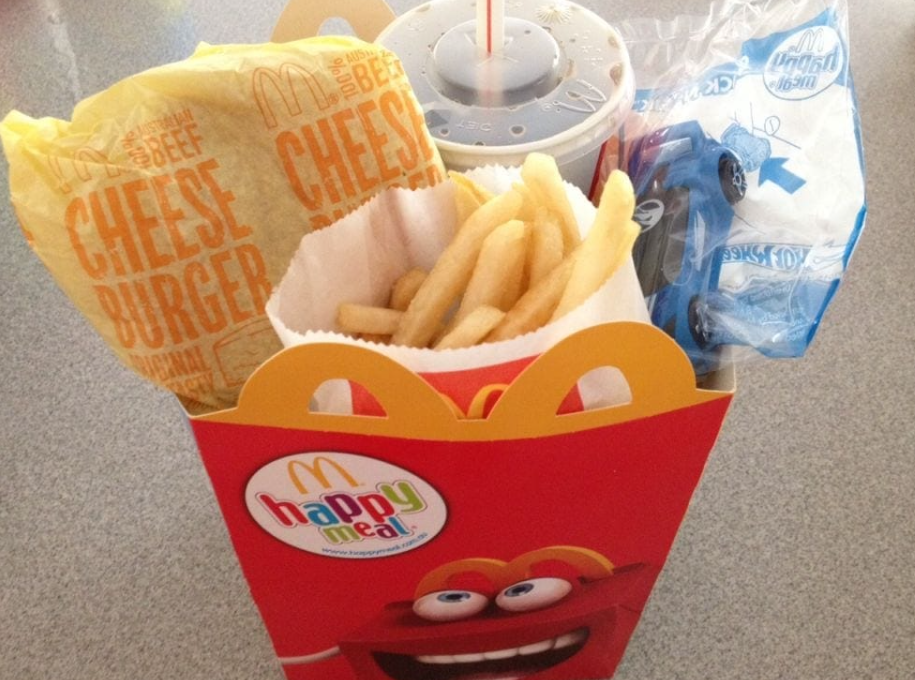 A woman has gone viral after blowing up at one of her children’s fathers for not bringing enough takeaway food for all of her children, despite only one of them being his, prompting discussion over how to deal with a situation like this.

Claiming to expose her ex’s bad behaviour when he arrived with food from McDonald’s for his son, the angry mother shamed him for not buying enough food for everyone, saying that her other three children will go hungry.

“I’m going to expose you because that doesn’t look enough for all of my kids,” she says to the confused dad as he arrived with the meal.

“What about your other kids?! They ain’t mine!” he says back to her. “OK! But they’re your kid’s siblings though!” she shouts back at him.

The clip reveals a moral dilemma that many blended families could potentially face. While it is cruel for one child to tuck into a cheeseburger in front of their hungry siblings, surely the dad shouldn’t have to be responsible for treating all four children to Maccas for lunch, spending four times as much?

“I believe he is morally obligated to feed the other children,” one YouTuber commented. “A situation like this can bring strife and animosity between the children. One kid sitting down eating McDonald’s and the other kids watching. That father got to look at the bigger picture.” Another wrote.

There was another user who commented, “She called herself ‘exposing’ him and she actually ‘exposed’ herself as a negligent mother and parent. Good for him handling his responsibilities and keeping his cool in a hostile situation”.

“He’s not legally obligated to take care of them. It’s not his fault she had more kids than she could take care of and by different men who weren’t s**t.”

The debate then went on to Twitter and Reddit, where users most certainly didn’t hold back with their opinions.

Ultimately, Twitter user Dessistinyy summed it up perfectly: “This the last thing I’m going to say about this McDonald’s baby momma, baby daddy situation. This whole situation could have been eliminated if the dad just picked his son up to take him to get something to eat and to spend time with him. It was really that simple.”

After the mum returned to explain the situation a little further, her point of view made a little more sense.

The baby mother has spoken. She said he used to bring all the kids McDonald’s but once they broke up he stopped taking them food and only taking some for his kid. That’s petty. pic.twitter.com/8FnGrTQ15N

What do you think? Should he have bought food for everyone or just his child? How would you react to this? Let us know in the comments!