In one of the more bizarre stories that has surfaced this year, a man has had to be talked out of naming his child after one of the world’s most famous serial killers.

A woman has reached out to the internet for support after her husband’s baby name choice was described as “idiotic at best, sociopathic at worst”.

She began by describing the special relationship her husband had with his grandpa, who had recently passed away. In his grief, the father-to-be made the sweet suggestion to name their unborn child after their “great-grandpa who their father adored so much”.

“As such, my husband has suggested that we name the baby after grandpa; Theodore if it’s a boy, Theodora if it’s a girl. Either way, we will either call them Teddy, or Theo/Thea respectively. It’s not that I mind the name, the issue is that our last name is Bounde; pronounced bun-dee.”

“I asked my husband, do you really see no issue in naming our kid Teddy Bounde? You don’t think that would raise any questions? He says no, he’s just honouring his grandpa.

“I told him he needs to think about how we will be perceived, how our child will be treated, and the implications that that name inherently carries. I literally had to spell out why that would be a horrible idea, and he still thinks I just hate his grandpa.”

If there is anyone out there who isn’t familiar with Theodore Robert Bundy, he was a sociopathic serial killer who brutally murdered dozens of women across seven US states in the 1970s. Ted Bundy was eventually apprehended, escaped jail on two separate occasions, represented himself at his own murder trial, was convicted with evidence provided by dental castings after he bit one of his victim’s buttocks, and was then sentenced to death by electric chair. He was executed in Florida in 1989. As far as serial killers go, he’s as infamous as they come. 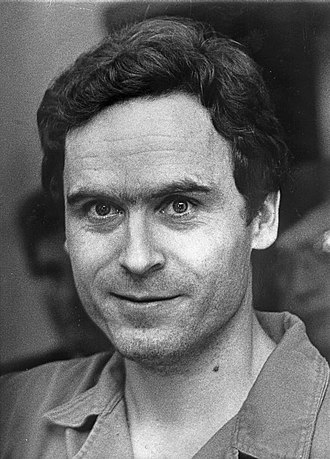 The woman stood her ground, patiently explaining to her husband that when grandpa was named in 1930, calling a child Teddy Bounde wouldn’t have been an issue. “However, since certain events in the 70s and 80s, there’s no feasible way we can give this name to our kid and not cause issues.

“He kept pushing and pushing until I blew up and told him to stop with the idiotic suggestion, and that’s what it is; idiotic at best, sociopathic at worst. He got extremely upset and told his family and my parents, who are divided.

“His family is obviously on his side and wants to honour grandpa via naming the baby after him. My parents are torn but on my side, as they understand the social pariah we would make our child by giving them such a similar name to the person who did such abhorrent and downright evil things to so many women. I mean, personally, I don’t think anyone is just going to assume that we are honouring a passed loved one; they’re just going to think of Ted Bundy.”

The woman later added that they are located in Colorado, the state where Bundy was initially apprehended and escaped, twice. So, not a place where such a name would be overlooked.

In multiple edits, the whole saga came to a peaceful resolution with the couple agreeing to go with grandpa’s middle name instead, Silas. They also agreed to seek therapy to come to terms with the loss of his beloved grandpa.

We might also suggest subscribing to a few true crime podcasts, also.