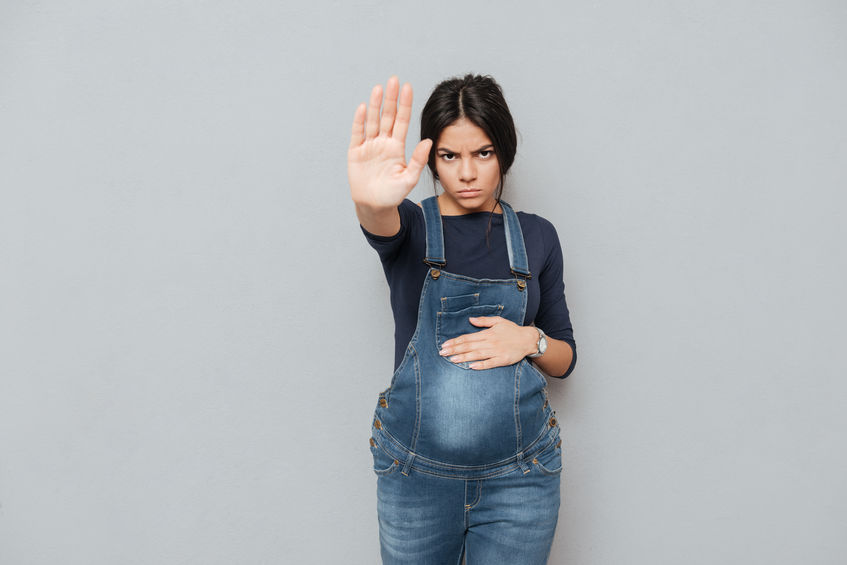 Giving birth is not a spectator sport, and it is widely understood that the owner of the vagina that is birthing the baby gets to choose who will be in attendance during one of the most vulnerable, scary, and emotional times in her entire life.

Unfortunately, not everyone has received that message yet, with some still believing that they can buy their admission into the delivery suite by way of purchasing various nursery paraphernalia on behalf of the parents-to-be.

A soon-to-be grandmother posted a grumpy rant on the internet asking people if she were in the wrong for demanding to be front and centre for her grandchild’s birth as her son didn’t really feel like it and subbed his mum in. Her justification for being there was that she was already paying for most of the pregnancy stuff anyway and that her voice had a right to be heard.

Happily, for the young woman who is actually giving birth to this grandchild, that shit don’t fly.

She told her future mother in law to kick rocks, and now we have this gem to comment on. 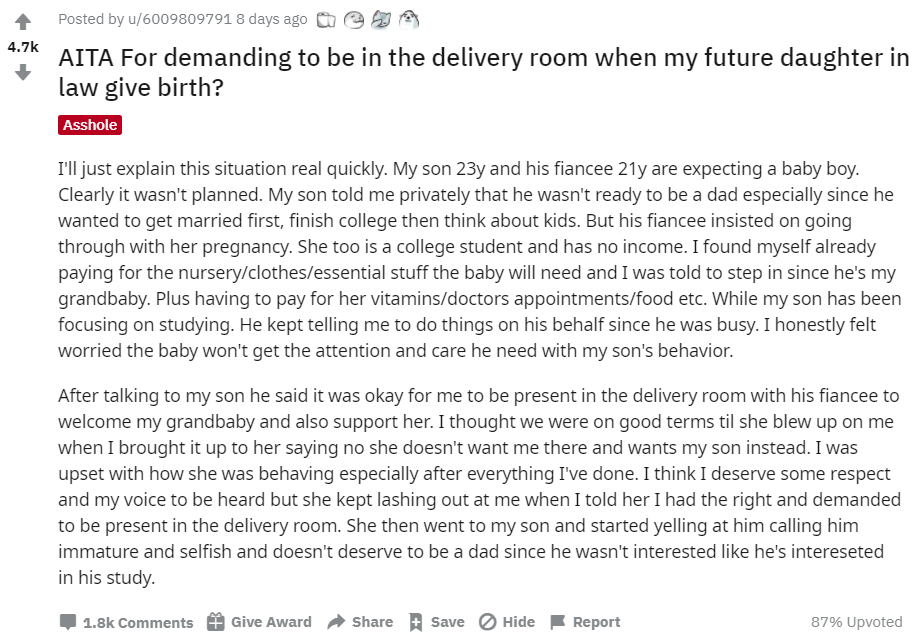 At this point I’d just like to take a moment to sympathise with the poor young woman in this story. It seems like some major life events sort of happened all at once and now she looks to be saddled with a manchild and his domineering mother. At least it seems like she might have a backbone in there to stand up for herself. She is going to need it.

Anyway, over to the internet for the comments:

“THE PERSON GIVING BIRTH DECIDES WHO IS IN THE DELIVERY ROOM, PERIOD. If you do not want to contribute financially to your grandchild’s life then set some boundaries. Buying things for them does NOT mean you are entitled to butt into their private lives,” wrote one of the top commenters.

“It is not a good sign that your son agreed to let you in the delivery room, that was not his choice to make. He is very, very young to be a parent. If you want to have a good relationship with them going forward, you need to respect them and their choices.”

“You’re the AH and your son too. She picks who gets to see a watermelon comes out her hoo ha,” added another.

Someone else summed it up in just a few brief words: “Babies are not pay-per-view!!”

How would you feel if your mother in law demanded access to the birthing suite? Let us know in the comments!