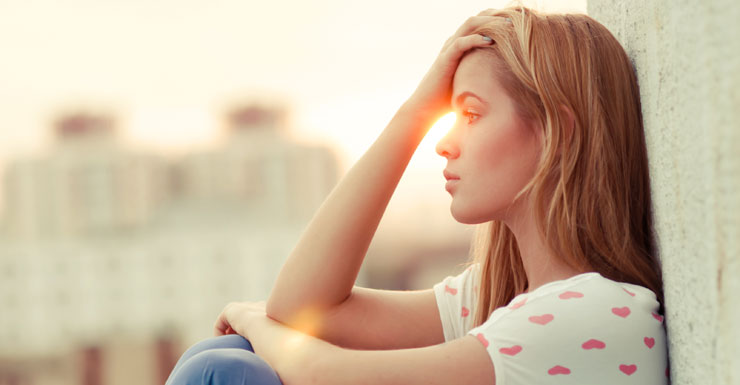 Have you ever made such a colossal mistake that you are having a hard time living it down? What if the misunderstanding wasn’t even your own fault?

A woman named Saoirse has recently discovered that she has been pronouncing her own name incorrectly her whole life. She was mortified to learn of the correct way to say her name after Irish actress Saoirse Ronan became internationally famous.

Speaking of her horror, the woman took to Reddit to seek advice on how she should handle the way others say her name moving forward. 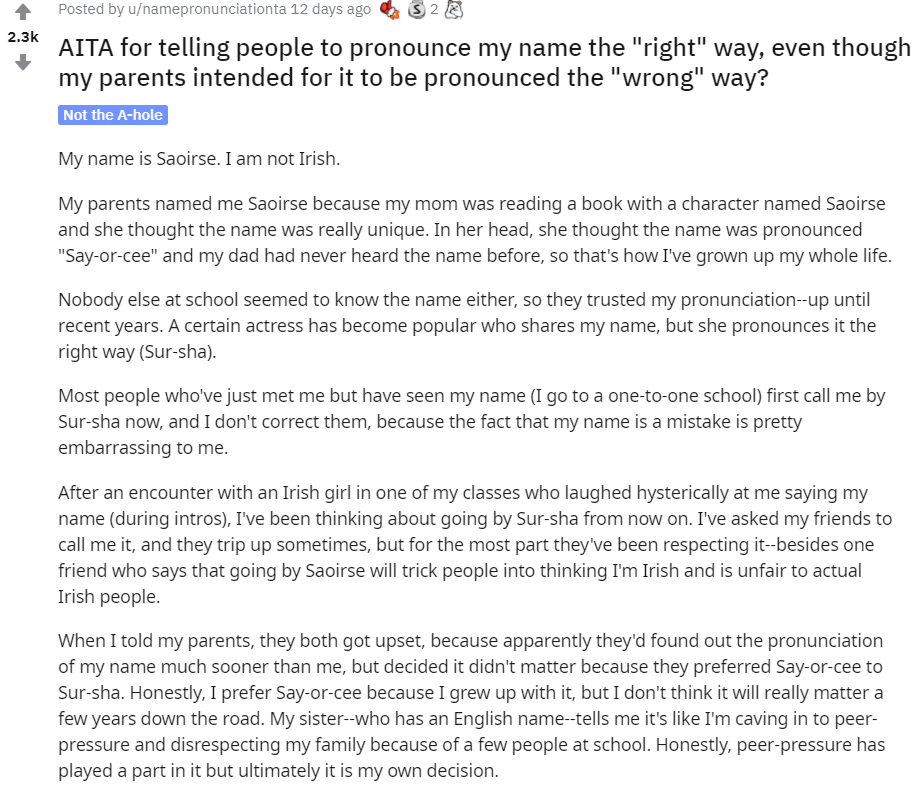 Despite her family’s upset, though, other users backed her decision to have her name pronounced however she likes it.

Others told her that they have friends named Saoirse who say it differently to either of these pronunciations.

“I’m Irish and I have a friend who pronounces it Seer-sha and tbh that’s my favourite way. It means freedom. It’s a beautiful name. Pronounce your name anyway you want,” wrote one commenter.

“Yeah, I’m in Northern Ireland and usually hear it as ‘Seer-sha’ here too, though sometimes more like ‘Sore-sha’.” commented another.

It is said that you should never criticise someone for mispronouncing a new word because it means they learned it by reading. This could be said for Saoirse’s parents. But honestly, if you wanted to name your child a multicultural name, wouldn’t you do a little bit of research to find out exactly how it is pronounced before making it official?

Another person shed a little light on why her parents might not have thought to check.

“You’d think most people would double-check before putting it on a birth certificate, of course, but if you’re monolingual, it might not even occur to you that the pronunciation could be different.”

What are your thoughts? Do you have to correct the pronunciation of your child’s name?